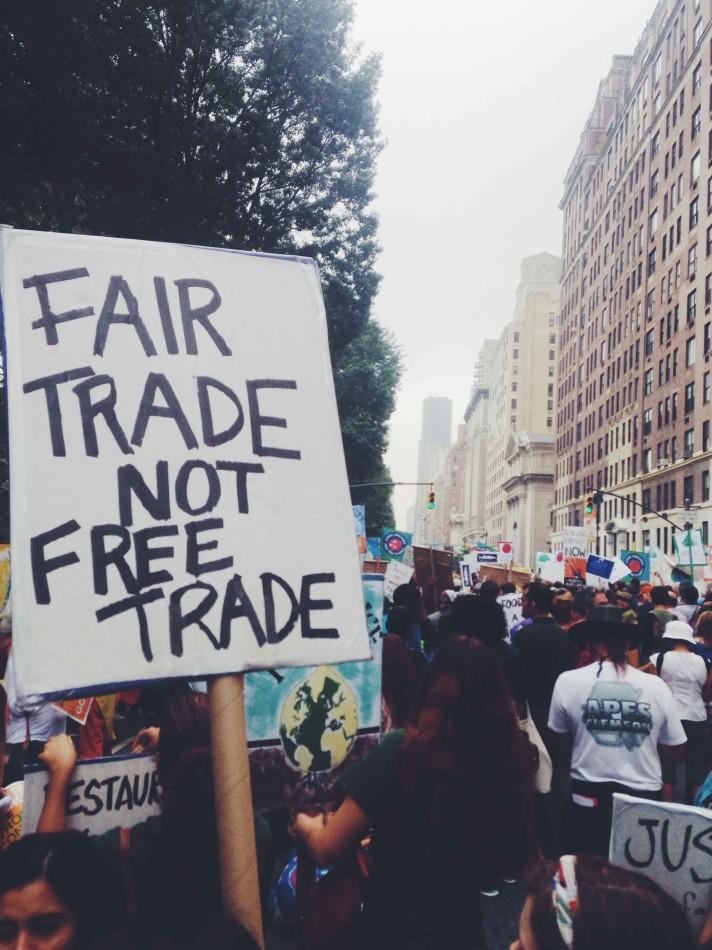 The NYC Climate March was day three of the Climate Convergence event.

Speakers from various activist groups, including System Change not Climate Change, Move to Amend, International Socialist Organization NYC and the Alliance for Global Justice gave various presentations throughout the day.

Sessions were held from 9 a.m. until 3:45 p.m., and members of the groups as well as those generally interested in the conference attended the various lectures and presentations.

The Move to Amend organization spoke about the importance of corporations not having the same constitutional rights as individual people.

They made a connection between corporate personhood and how it affects climate change.

According to Shara Smith, a Move to Amend spokesperson, corporate personhood allows corporations to have rights that will allow them to overrule city ordinances that protect local environments.

Move to Amend is working to pass their ‘We the People’ amendment in Congress, which will give rights back to citizens and take away the rights that allow corporations to act as individuals.

Filmmaker Lynne Cherry presented her series of educational videos for children.  She is a children’s book author and illustrator, and used her skill set to create videos featuring kids from around the country.

The children she features have come up with their own community projects, including promotion of recycling and installing energy-efficient appliances.

Cherry spoke about the importance of getting children interested in climate change issues, because she has found that adults are more likely to listen and make changes in their own homes based on their children’s concerns.

Members of the U.S. Peace Council spoke about the impacts of the Iraq War on the environment.

They discussed the use of petroleum during the war, used to fuel U.S. troops and the massive amount of pollution it caused over the length of the war.

They also discussed the idea of imperialism in relation to capitalism, saying that imperialism is a tool used in conjunction with capitalism in order to take over industries in other countries.

The group members held the opinion that capitalism is a destructive force that is driving climate change in a negative way because of a focus on industry and a lack of care for the environment.

Overall, people who attended the conference were non-St. John’s students and mostly members of the different groups who presented at the conference.

The campus was full of environmental rights supporters who voiced their opinions and contributed to a larger dialogue that continued at the Climate March the next day.