This article is part of a spread the Torch ran on the issue of sexual assault. 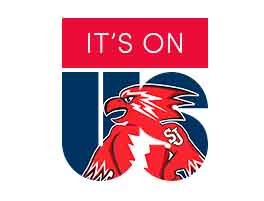 Nationally, the number of reported sexual assaults has increased over the past few years. Sexual assault on college campuses is a hot-button topic, and St. John’s is not immune to the issue.

In 2013, there were six reported forcible sex offenses on campus, including five taking place in on-campus residence halls. That’s up from three total offenses in 2012 and five in 2011.

There were no non-forcible sex offenses or statutory rapes reported in the same three years.

These numbers come from the the 2014 Security and Fire Safety Report, compiled and published by the St. John’s department of Public Safety. The report includes statistics from the last three years in accordance with the Clery Act. It was the focus of a University-wide email sent Sept. 30.

The Clery Act requires all colleges to disclose crime statistics for their campus, public areas immediately adjacent to campus and certain non-campus facilities. Colleges must compile and publicly release this report every year by Oct. 1.

As mandated by the act, St. John’s ensures that all members of the University community receive training.

“Students, faculty and staff, public safety, and residence life staff are all trained. Anyone who would potentially have information about an incident is trained,” said Dr. Kathryn Hutchinson, Vice President of Student Affairs.

St. John’s is not alone when it comes to an increase in reported on-campus sexual assaults.

The Torch looked at the number of cases in the state of New York in order to determine how the incidents at St. John’s contribute to state numbers. The U.S. Department of Education’s website contains a search engine where the public can access data about crime on college campuses.

Because the Clery Act requires all colleges to publicly report the number of crimes that take place on or around campus, the number of reported sexual assaults, both forcible and non-forcible, are included.

Using the following search criteria, it became obvious that the number of forcible sex offenses at schools in the state of New York had increased in the timeframe of 2010-2012.

These criteria yielded the following results:

The Torch also looked at the number of incidents nationally. The following criteria were used:

These criteria yielded the following results:

These incidents are increasing by the year. The obvious questions are why they are increasing, and what schools can do about this epidemic.

“Our hope [with the initiative] is to get people talking, and help them realize how they can be part of the solution,” said Hutchinson.

In an article posted on the White House Blog, President Obama addressed the issue with a sobering statistic.

“An estimated one in five women has been sexually assaulted during her college years–one in five,” Obama said. “Of those assaults, only 12 percent are reported, and of those reported assaults, only a fraction of the offenders are punished.”

St. John’s participation in the initiative is timely. On Oct. 13 and 14, The New York Post reported that a 20-year-old female student alleged she had been raped by two men at an off-campus party, but then recanted her statement on Monday, Oct. 14. So far, no further information has been released and no one has been identified as being involved with the incident.

Hutchinson said that St. John’s is working toward making the issue of sexual assault a prominent one. The “It’s On Us” video from the nationwide campaign, featuring President Obama, was played at Tip-Off. St. John’s student leaders made their own version, which was shown as well. Hutchinson also said that featuring both of these videos during a prominent event is a step in the right direction in order to create awareness.

“[The initiative] is making a difference. There’s been an increase in reporting, which isn’t necessarily a good thing, but it means more people are more comfortable coming forward and reporting incidents,” said Dr. Luis Manzo, Executive Director of Wellness & Assessment.

Members of Student Government, Inc. (SGI) are on board with the University’s commitment to stop sexual assault.

“Our door is always open, and we can point students in the right direction if they need help,” said SGI Vice President Caroline Zottl.

However, SGI also has some ideas about what needs to be improved.

“There needs to be swifter and tougher action when it comes to allegations, and those allegations that are true need to be met with swift and severe punishment,” Zottl said.

“The steps [on the flowchart] are decently published, but the school could work on having the available resources publicized more,” Zottl said. Both Koehler and Alick agreed, and added that the school has resources for survivors that should be put out in the open.

The flowchart in question is posted in public areas around campus, and features steps that a victim or witness can follow in order to report an incident or get help.

“It’s a two-step process. We need to eliminate the occurrence and facilitate the recovery process [for victims],” Alick said.