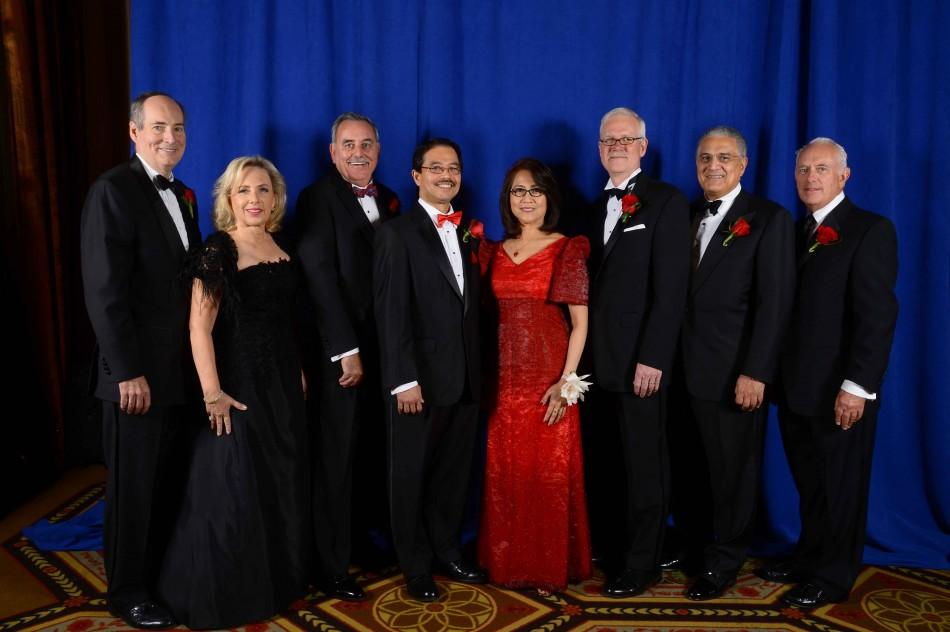 This year’s St. John’s University President’s Dinner acknowledged “A Commitment to Service.”  Individuals who have lived a Vincentian life were honored for their outstanding commitment to service at the Waldorf-Astoria Hotel in New York City, on Thursday, Oct. 30.

Since the first President’s Dinner in 1998, this major fundraising event has accumulated over $26 million.

This year’s event raised over $2,405,000 in donations.  Those funds will provide scholarships to future St. John’s students, according to a University press release.

William Collins ’76C and wife Lesley ‘83SVC, were the co-chairs of the President’s Dinner. Collins is the founder and chief executive officer of Brencourt Advisors.

They were acknowledged for all of the hard work they contributed to making the dinner a success. They thanked everyone present on behalf of future generations of St. John’s graduates.

Alumni of all classes gathered to celebrate the success of the University over past generations and for future generations.  Many past winners of the Spirit of Service Awards were in attendance as well.

All honorees were introduced with A&E Television Network’s production of “Biography.”  Each video montage inspired all in the room.

Butler, executive director of St. John’s Bread and Life, captured the image of an individual with concern for others. Bread and Life provides emergency food and services to those in need.

Kevin Reed ’75C is the Retired Managing Director of Citigroup Asset Management.  Reed sponsors students in Catholic schools around the city and serves on the Board of Governors of St. John’s.

Riley ‘74CBA, ‘75MBA was the last honoree of the night.  He is a retired partner and managing director of Goldman Sachs and Company.  He also is well-known for his contributions to the Riley Family Foundation, which has created scholarships for 40 students, according to the event program.