Group will work with admininstrators and faculty, give voice to fellow students 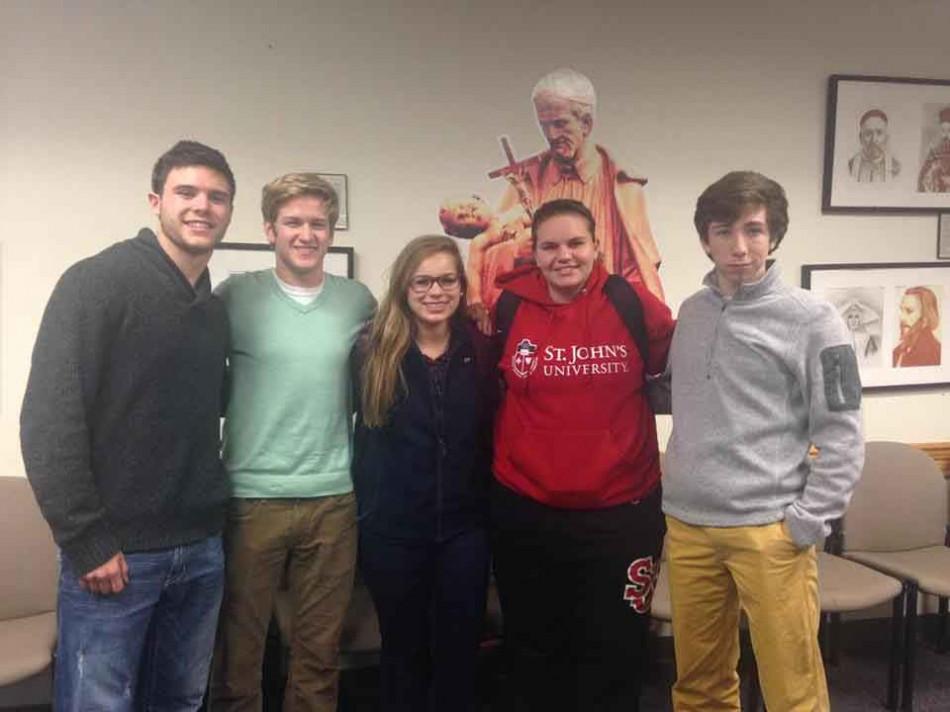 Some of the new freshman representatives for SGI. Each represents his or her respective college. Photo: SGI Facebook page

Each representative will act as an advocate to student concerns and ideas, as well as work with administrators and faculty.  Along with acting as agents, the representatives have a voice in the voting process for new and upcoming organizations.

“As freshman, we’re looked at as the minority,” said Sam Marbella, freshman representative for the College of Professional Studies. “Our main goal is to get the student voice heard and help incorporate new tastes and organizations.”

Recently, freshman representatives voted in the ‘Power to (re)Organize’ presentations that resulted in 13 new student organization, including the Actuarial Club, the Irish Society and a Red Cross club.

SGI vice president Caroline Zottl believes the freshman representatives will make a solid addition to the student government team, and hopes their new titles will act as a slippery slope for further engagement at St. John’s.

“They gain a lot of investment in SGI,” she said. “Once they join in their first year, that helps foster their involvement at St. John’s.”

“I’d like to focus on diversity and culture, while also investing time in leadership, service and mission work,” she said.

Sturman believes the missions of St. John’s are an important aspect of the community and should be held close to the heart.

In reality, Martin aims to meet a variety of students in order to represent their beliefs. “I’m here to represent and talk to the student body, so I can make their St. John’s experience better,” he said.

More than anything, Zottl is excited to see the freshman representatives immersed in their elected roles, so that their actions can influence the St. John’s student body.

“We want their involvement, to see them at events that they’re not originally mandated to go to,” she said. “We want to see them involved.”