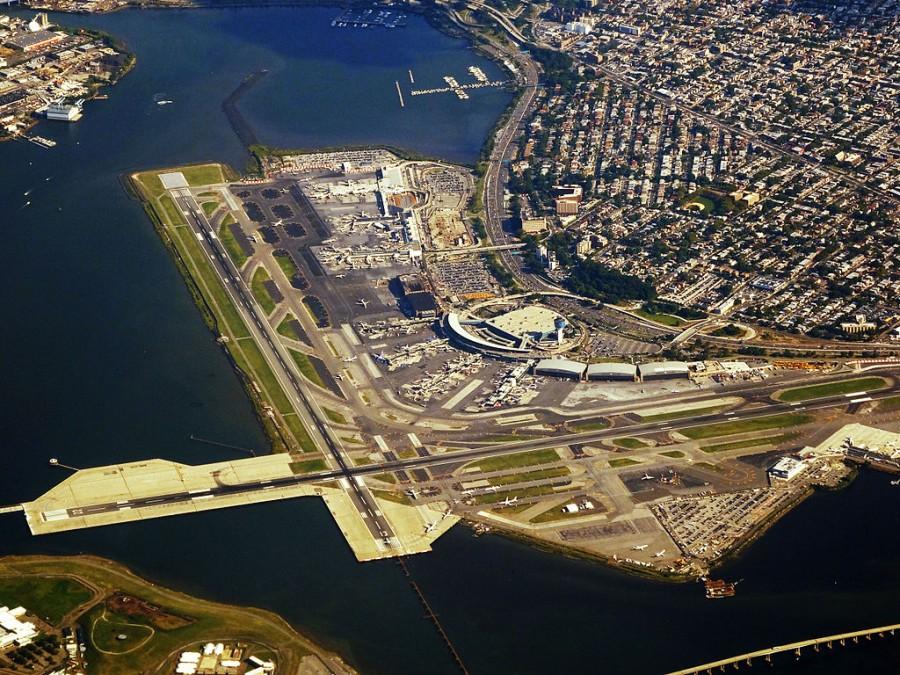 Governor Andrew Cuomo announced plans last week to build an elevated AirTrain line connecting LaGuardia Airport (LGA) to the Long Island Rail Road and the New York City Subway system via the 7 train at Willets Point. Currently the only way to travel to the airport is by bus or car.

The AirTrain will run along a mile and a half stretch of the Grand Central Parkway, and cost an estimated $450 million to build. It will be constructed by the Port Authority and the MTA, according to a press release from the Governor’s office.

New Yorkers have long griped about the airport’s lack of public transportation options. For those without a car, it can be a downright nightmare to pile on to a bus with luggage, or too expensive to travel by cab.

The addition of an AirTrain could mean forgoing the notorious bumper-to-bumper experience, one all too familiar to many out-of-state students at St. John’s, who rely on LaGuardia’s domestic flights to return home over breaks.

“I’d definitely use it,” said senior and enterprise regulation major Jairo Batista about the AirTrain. Batista frequently flies out of LaGuardia to Dallas/Fort Worth Int’l Airport. His preferred means of travel to and from LGA is the bus, but it isn’t easy. “Taking the bus with your luggage is a hassle in general,” he said.

Other students, like senior communications major Madeline Simpson, tend to opt for a taxi, however the ride isn’t always seamless.

“I’ve never taken the train to the bus because it’s too much work,” said Simpson, who flies to Cleveland on breaks. When she lived on campus, cab fare to the airport wasn’t too costly (a trip from campus averages about $20). Now that she lives in Manhattan, this isn’t the case.

“I 100% wish there was a train to get there, because you sometimes have to pay for a toll when you take a cab to Queens,” she said. Her last trip, from the Upper East Side to LGA, cost $38, not including tip.

Having an AirTrain would also eliminate the worry of getting stuck in traffic.

“I think that it would make the trip a lot less stressful because you never know what happens when you get on the road. You’re constantly looking out the window checking the traffic in front of you, wondering if this is going to affect catching your flight on time,” said Simpson.

Unfortunately, it may be a few years before students can begin to reap the benefits of the proposed AirTrain. While Cuomo was vague about a timeline when discussing the project at speech in Midtown on Jan. 20, a spokeswoman for his office estimated five years of construction once the project begins.

For now, today’s students are stuck with the train and the bus; but for students of tomorrow, the hassle of navigating LaGuardia Airport’s traffic-ridden streets may just be a thing of the past.