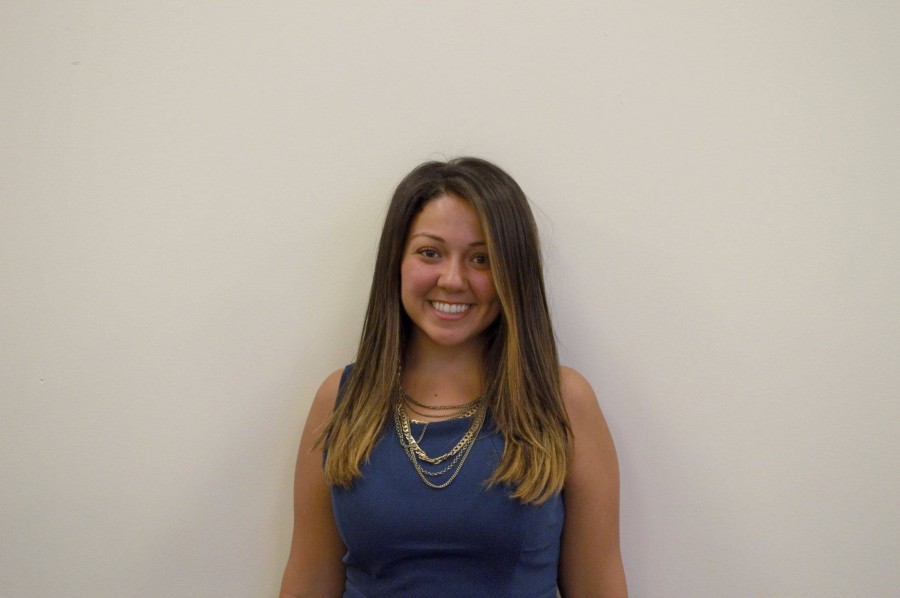 Sarah Hanna, a junior in St. John’s College of Liberal Arts and Sciences, is running for vice president of Student Government, Inc. (SGI) on the CORE ticket. The founder of an organization, and a member of many more, Hanna hopes to translate her experiences into action through SGI.

“I know how to represent St. John’s well [because] I have a lot of experience in it. I think those leadership experiences have given me the tools that I need to successfully run student government if I’m elected,” Hanna said.

As a member of the CORE ticket (Creating Opportunity and Realizing Excellence), her platform has three main goals: empowerment of organizations, simplifying formal procedures and increasing transparency. However, Hanna’s personal priority lies with the organizations.

“I really think that I’d be able to advocate for students because I’ve been through a lot of the processes of student government—whether it’s reserving rooms, or starting an organization or problems with the organizations committee…I see the changes that need to happen.”

Therefore, one of Hanna’s main platforms is a restructuring of the organizational congress. Instead of one large congress, she wants to install individual fifteen-minute meetings twice a semester between each organization’s e-board and SGI.

Hanna said it will “give them the same information, but in a more personal way.”

Last year, the winning platform also had such a restructuring in mind, but it never materialized in SGI. The hopeful CORE vice president thinks that this year will be different.

“People have made empty promises. One reason I could see [for why it did not happen last year] is that it does require a lot of time,” said Hanna. “That’s something we’re committed to do because we know how stressful the [larger] organizational congress is…the administration was fully on board with our idea. They loved it.”

Hanna also plans on restructuring the monthly report form, along with simplifying processes and centralizing the steps that organizations need to take for various things through the SGI website. She wants to take on a more involved and personal role as vice president, if elected.

As a biology major, Hanna would be representing the sciences, which is important to her. Another one of her CORE running mates, Zachary Reale, is a pharmacy major. As far as Hanna knows, there had not been a solid representation of the sciences in SGI for many years, which is part of the new “diversity of CORE.”

Hanna said, “We definitely want to represent these individuals that have not been represented.”

Hanna also transferred from Stony Brook after freshman year, which she believes some people perceive as negative.

“People get the idea that transfer students don’t have the same pride in the school, but I’ve grown to appreciate St. John’s more than I ever expected I would. Right off the bat, I got involved,” Hanna said. “Although I did transfer, I absolutely love St. John’s and I couldn’t imagine being at any other college.”

“I want the everyday student to know that I am 100 percent doing this for you, I want to improve your experience at St. John’s,” Hanna said.