Students sleep on Great Lawn to advocate the homeless

Habitat for Humanity and CRS participate in “Red Sleep Out 2015” 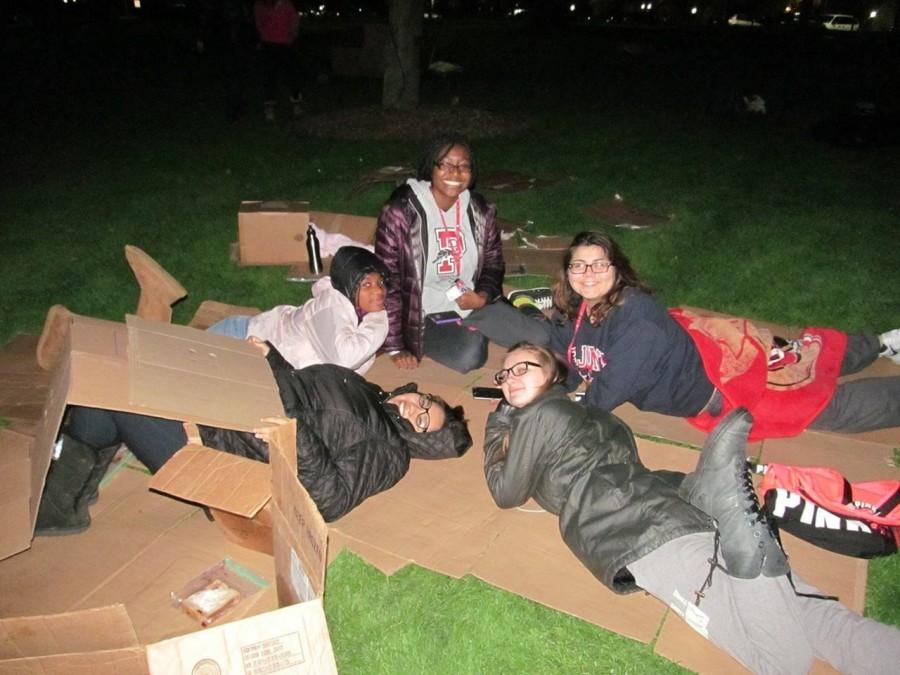 Students spent their Tuesday night sleeping in cardboard boxes on the Great Lawn in order to raise awareness for the homeless in New York City.

Habitat for Humanity Chapter and Catholic Relief Service (CRS) partnered up to host a “RED Sleep Out 2015” on Oct. 27.

The event took place on the Great Lawn from Tuesday night until the following Wednesday morning. Those who participated in the event spent the night sleeping in cardboard boxes.

“It was very challenging, but at the same time an encouraging event,” said Rafael Rivera, a campus minister for Vincentian Services, in an email interview.

Rivera explained that the event’s main focus was to raise awareness about homelessness in New York City. There were around 30 people who participated in the event, the majority of whom stayed the entire night.

“We had a lot of support,”  said Jules Fernandes, the president for St. John’s Habitat for Humanity chapter. “Most people stayed.”

Fernandes explained his experience during the Sleep Out, telling about the times he felt uncomfortable, tired and frustrated. He noted how Campus Ministry provided the participants with sleeping bags, making it more bearable, but still found difficulty sleeping on cardboard while the wind kept hitting his face.

“I spent the entire week talking about it, I was looking so forward to it,” Rozo said.

Like many others, what encouraged Rozo to be part of this event was the belief that sometimes you have to be in another person’s shoes to fully understand them.

“One of their motivations to participate was their compassion and sympathy for those who suffer the struggle of living on the street,” Rivera said, referring to those who attended the event.

In 2002, Campus Ministry and Phi Beta Sigma hosted the first ever “Sleep Out” at St. John’s as 40 students participated in the event. Ever since, the University has tried to raise awareness about homeless people in NYC.

“Most of the students admitted and recognized that participating in this event is not solving the issue, but they have become more conscious about it,” Rivera added.