The Winter Carnival’s Cost: Inside the event’s expenses 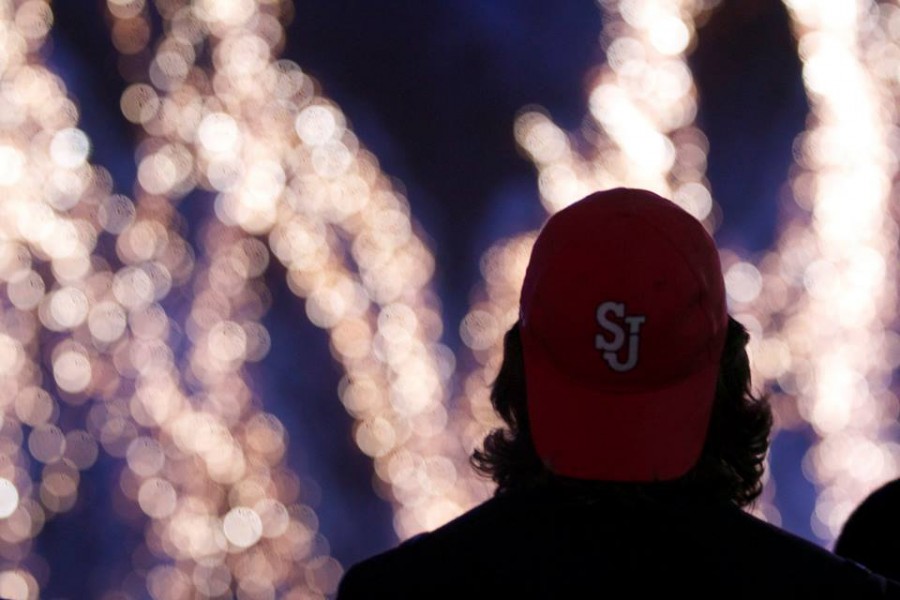 Student looks up at fireworks during the Dec. 7 Christmas Light Spectacular event.

The 25th annual Winter Carnival aims to celebrate holiday spirit and spread cheer and joy throughout campus. With numerous horse carriages emulating a ‘Central Park Christmas’ to an ice skating rink for students to enjoy, the week long event currently taking place on campus racks up not only school spirit, but prices too.

According to Student Government Incorporated (SGI) Treasurer Dominick Salvatori, the total cost of the Winter Carnival was $63,893. The money, budgeted by SGI, includes all Winter Carnival events, with a significant sum going to the Dec. 7 New York’s Christmas Spectacular firework show on the Great Lawn, the Red and White Community Dessert Party and Santa’s Workshop, according to Director of Campus Life Jodi Cox.

In a Nov. 29 Treasurer’s report, the Student Affairs committee, which oversees the Winter Carnival, was budgeted $63,000 for the event. According to Cox, the committee also received donations from Alumni Relations.

While the noteworthy Dec. 7 firework show was priced at $11,000, the distinctive new “Bryant Park at SJU” event charged a lower price of $6,700, according to Salvatori. Instead of students traveling to Bryant Park’s ice skating rink like they did last year, the committee brought the rink to the students. As a result, more people took advantage.

“By doing ice skating on campus, we were able to triple our numbers in one day,” said Chair of the Student Affairs committee Catherine Sheehan. “We got more students to come to these events, which is what we wanted since it’s the 25th annual one.”

While last year’s Bryant Park event brought out 100 students, the two-day ice skating rinks drew more than 300 students on Nov. 30, the first day it was open, according to Sheehan.

“We took the skeletons of what we did last year, and we just tried to make them better and make them feel more welcome to the events,” she said.

Cox noted how the committee looked to distinguish the event from year’s past, in order to celebrate its 25th anniversary.

“The Committee predominantly wanted to do new events, especially with the 25th anniversary,” she said.

Other factors within the $63,893 included ‘miscellaneous costs,’ such as decorations, candy and sound, according to Salvatori.

In the Santa’s Workshop event, scheduled for Dec. 7, students will have the opportunity to decorate “Christmas stocking and hats, design cookies and enjoy holiday sweets,” as said on its event page on the St. John’s website.

The Red and White Community Dessert Party will include baked goods and desserts for the St. John’s community, and also distribute a commemorative gift that honors the 25th anniversary.

Throughout the week long event, students can also find carolers and toy soldiers cheering throughout campus with holiday songs, in hopes to fully embrace the winter festivities.

Added Cox, “It really reflects the holiday season for students.”