New MTA subways to be introduced in 2020 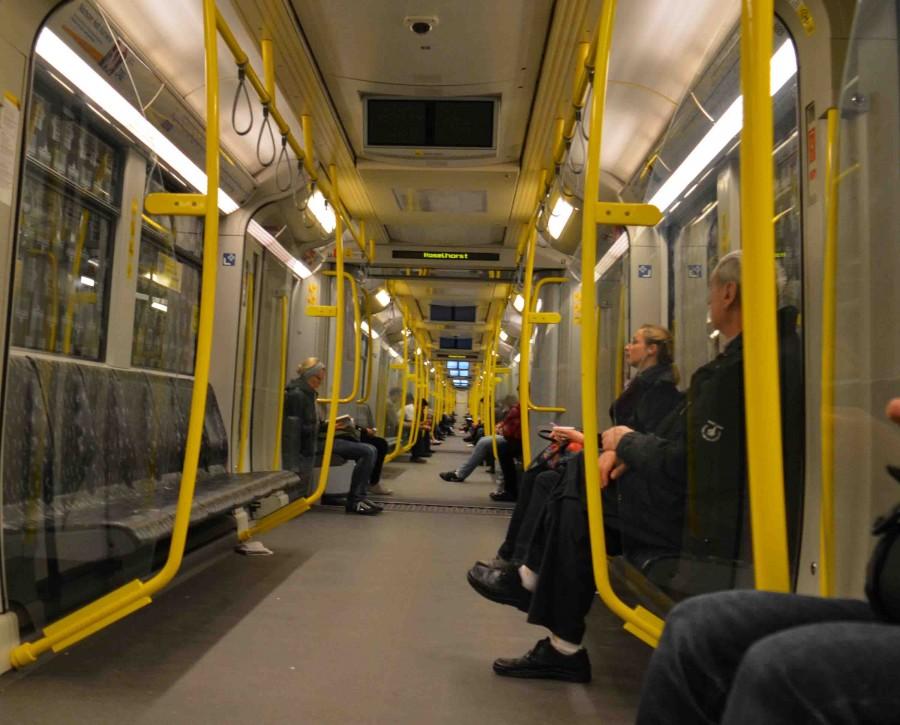 The Berlin transit system serves as one of the blueprints for the futuristic MTA model. The upgraded trains will include charging stations and free WiFi.

From seats to benches, and poles that vary, New York’s subway system has always been the number one public transit system in the country. Now, New York’s Metropolitan Transportation Authority is taking a risk with the newest model.

According to the MTA, subways will be revamped to mimic subway system styles in other popular cities such as Toronto, Paris, Berlin and London.

Passengers will be allowed to roam freely from car to car because, instead of traditional, separated sections,  there will only be one large cart. Rather than cramming riders into individual cars, this new model will only have one which will be the full length of the train.

Senior Danny Monroe believes the modern model is a better design for New York City. “I think it’s a great idea. It was like that when I studied abroad,” he said.  “And, it was better.”

However, other students continue to be unsure about the futuristic model.

Some shared their uneasiness in sharing a single car with noisy individuals, such as performers. One student, sophomore Matthew Chieco added to that concern. “I think it will be dangerous, with the homeless problem and all, they ask for money constantly and switch cars to bother people,” he said. “We need multiple cars to separate them from us.”

There are other upsides to the major reconstruction of the subway as we know it. These modernized trains are said to have charging stations and WiFi capabilities, according to NY Gov. Andrew Cuomo. The design’s contract will be reviewed starting in 2017.

The MTA has announced that prototypes are to be expected at the earliest  time of 2020. A total of $52 million will be spent to convert ten average train cars to two trains at full length. MTA will also purchase new 940 R-211 model train cars at $2.7 billion to replace old cars running on multiple lines.

While many remain curious as to if this theory will work, they will just have to wait and see, since test runs are scheduled for years away.