An in depth look at the importance of fair trade products 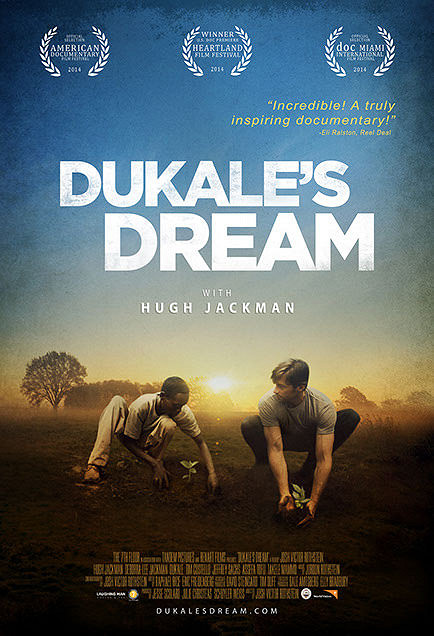 On Monday afternoon, director Josh Rothstein hosted the screening of “Dukale’s Dream,” which was organized by St. John’s for Fair Trade in the D’Angelo Center.

In the documentary, actor Hugh Jackman, most famous for his role as Wolverine in the “X-Men” movies, embarks on a journey to Ethiopia to learn about the working conditions of coffee farmers. While there, he meets Dukale, a coffee farmer with a wife and five children, who experiences life changing nuances that come from a partnership with the fair trade organization World Vision.

After developing his “3 Points” documentary, which sheds light on the ongoing Darfur genocide that began in 2003, Rothstein felt that there were still too many global crises overlooked.

“It’s kind of easy for humans to ignore things, even though it’s not right,” said Rothstein.

Rothstein then teamed up with World Vision, Jackman and Jackman’s wife, Deborra-Lee Furness, and the organization’s CEO, Tim Costello.

World Vision supplies emergency services for impoverished families around the world who struggle to sustain themselves. In the documentary, Jackman spends most of his time with the farmer named Dukale and sees the world through his eyes.

One of the obstacles Dukale is forced to deal with is farming every other year, which is a result of the climate change.

“I asked him, is what you have enough and he said no,” Jackman explains in the film. “I’m going to do my best to tell the world about what you’re doing.”

With the resources from World Vision and Jackman’s advocacy, Dukale’s life has drastically improved. By simply supplying Dukale with a methane gas converter, which holds the gases from fermented manure and funnels them through pipes to generate fire, Dukale and his family have raised their standard of living.

Students were given the chance to ask Rothstein questions after watching the documentary on Monday.

Freshman Batter Kadkoy asked Rothstein,”What can you advise us as students to help us express our social justice issues?”

Rothstein explained to Kadkoy that the key to getting your voice heard is to use the advantage of modern day communication, which is technology.

“Today, there are more people with cellphones than toilets” said Rothstein.

“I felt that the screening was a great movie that inspired hope, action, a way for students to understand social justice and how all it takes is a small amount of effort and you get profound results,” added Kadkoy.

Student Rehena Rupan said, “I think Dukale’s Dream does an excellent job of showing how interconnected our global society is, economically, politically, socially – and why we should care about problems that seem a world away.”

The documentary shows that by simply choosing to buy fair trade certified coffee and other products that are certified fair trade, the lives of these farmers will be changed forever, as they will receive better compensation for their labor.

When a product has a fair trade logo it ensures that the profits are going to the actual laborers who produced that product.

Leaders in the campaign to make St. John’s a fair trade designated campus include Dr. Sean Murray, a First Year Writing: Social Justice professor. Dr. Murray is Chair of St. John’s for Fair Trade and holds meetings in order to take action to get more fair trade products on campus that we, as consumers, can purchase in order to make a difference.

This documentary is just one example of how fair trade can make a difference.

For those interested in joining the Fair Trade Committee, contact Dr. Murray or any other committee members on campus.