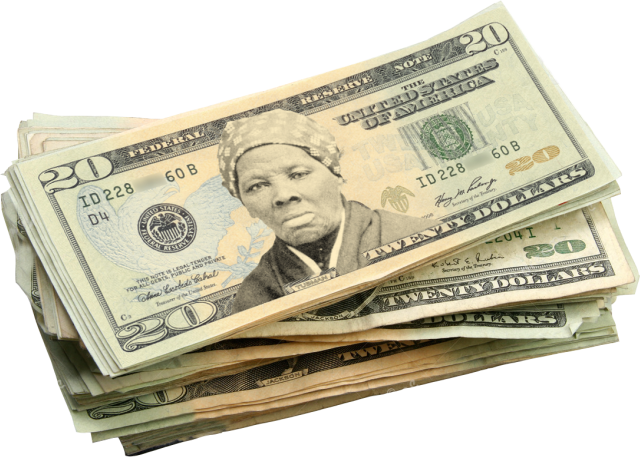 On April 20 Jacob J. Lew, the Secretary of the Treasury Department, announced that Harriet Tubman would be replacing Andrew Jackson on the front of the 20-dollar bill.

She will be the first African-American woman to be placed on U.S. currency.

Jackson will not be completely removed from the bill, according to Lew, he will be placed on the back next to the White House.

According to the New York Times, this historic decision comes after a group called “Women on 20’s” and other advocacy groups had numerous heated public debates that demanded a woman be honored on the 20-dollar bill.

This will be one of the most drastic currency changes since 1929, when they underwent a more standardized design, which is the one we see today.

Tubman was born a slave in Maryland around 1822.

After escaping slavery, she became a spy for the Union during the Civil War, as well as a conductor for the Underground Railroad.

She aided in the escape to freedom for hundreds of slaves. In her later years she became an advocate for the women’s suffrage movement.

On the other hand, Jackson is known for his military skills, his policies, and for displacing many Native Americans in the 1800.

Although these currency changes are in the works, the new 20-dollar bill will not be released until 2020, which is the centennial of women’s right to vote.

According to the Treasury Department, in addition to the upcoming changes for the 20-dollar bill, there are changes coming to the five and 10 dollar bills as well.

While alterations to the front of the bill will not take place, the back of the 10 dollar bill will undergo some major changes.

The Los Angeles Times stated the new bill will feature leaders of the women’s suffrage movement, such as Susan B. Anthony, Sojourner Truth and Elizabeth Cady Stanton on the back of the ten-dollar bill.

Furthermore, as reported by the Washington Post, the back of the five-dollar bill will depict Martin Luther King Jr., Eleanor Roosevelt and Marian Anderson.

These upcoming changes have some students at St. John’s reflecting on how far this country has come.

She represents not only sacrifice but justice, and that is what our country stands for.” Phillips was not the only student beaming over this historic moment.

“I think the changes are great. When I learned about Harriet Tubman in school I always pictured her slipping into the night leading hundreds of slaves to freedom,” mention freshman Anisa St. Cyr.

St. Cyr added, “She is a major representative of black girl magic and having her face on the 20-dollar bill shows how far we’ve come as a country.”