The U.N. takes initiatives to protect our planet 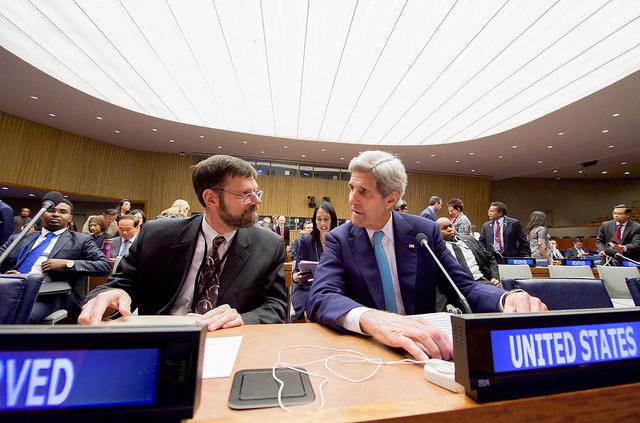 Leaders from more than 170 countries came to the United Nations Headquarters in New York to sign an international treaty based on the Paris Agreement, which is designed to prevent a rapid increase in climate change, greenhouse gases and global warming.

Previously, on December 12, 2015, President Obama and other world leaders met in France to discuss the agreement.

The Obama Administration worked with many communities to help adjust newer, healthier ways to reduce pollution.

The consequences of climate change, global warming and pollutants reflect how the Earth is currently treated by its inhabitants.

Now the question is, should we be worried?

According to the American Lung Association, Queens, New York has unhealthy air quality.

New York does not fall within the top 10 of the most polluted cities with a poor ozone, ranking number 14, and high levels of particle pollution, in which it wasn’t listed, according to the American Lung Association.

The Lung Association also reports that more than 50 percent of Americans live in areas with unhealthy levels of particle pollution.

Particle pollution are tiny solid and liquid particles floating around the air we breathe.

The harmful gases being created react to sunlight and ruin our ozone layer.

In terms of Earth Day, students at St. John’s University had a lot to say about the recent news.

Freshman Jailyn Mitchell said, “I totally forgot it was Earth Day; to be honest after elementary school no one really makes a big deal out of it.

Mitchell continued, “I’m surprised that some cities aren’t high on the list, like New York, which seems to have a lot of pollution.”

“First and foremost, we need to get everyone on board with accepting that we need to change the way we live,” added Mitchell.

“There are some people who don’t even believe in global warming. Overall it’s just going to take a lot of effort,” said Mitchell.

Shelly Warren, who is also a freshman, stated, “I did know it was Earth Day.

I have always felt that all cities can do more to help protect the only planet we have, and I believe there are many ways of changing the outcome.”

Warren continued, “Reducing meat intake being one, also switching to more sustainable energy across the board, among other things.”

The signing of the agreement is just the beginning.

Countries set their own targets for reducing emissions.

Unlike other agreements that try to be ratified in the past, the current one requires countries to give an update in five years, says the Washington Post.

It took years for countries to get together and agree on a consensus for how they wanted to change the environment.