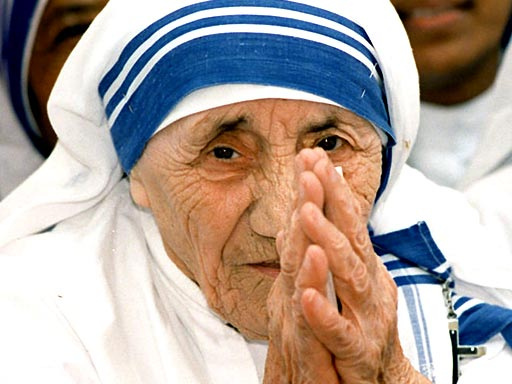 Mother Teresa’s canonization in the Catholic Church is marked as a historic moment for thousands of nuns, more than one thousand of the poverty-stricken brought in for the ceremony and others praising her years of selfless actions.

This past Sunday Sept. 4, Pope Francis declared Mother Teresa as a “Saint” and “Model of Mercy” at the Vatican. For most, it has been the highlight of  Pope Francis’ declaration of Jubilee Year, which is focused on the themes of mercy and forgiveness.

Mother Teresa was a Roman Catholic nun from Macedonia who dedicated her life to helping poverty-stricken people on a global scale, especially in India.

As reported from sources such as CNN and The New York Times, Pope Francis said Mother Teresa is a “figure of womanhood” and “…a genuine dispenser of divine mercy…” to anyone in need.

While Mother Teresa’s Nobel Peace Prize, awarded to her in 1979 after founding the Missionaries of Charity based upon nursing and guidance, is a grand achievement in its own right, her commemoration is especially honorable and holy.

As mentioned by the New York Times, there were critiques following the canonization. Many have been critical  about the cleanliness of her medical practices. Statements have also been made that patients taken in by Mother Teresa and fellow nuns suffered in the homes.

Mother Teresa has also been recognized and honored by the St. John’s community.

“Saint isn’t too strong of a title based on all her contributions. She dedicated her life to helping others,” Kuar continues.

“A few years ago I started my journey in the RCIA program and before that we had to choose a person of influence,” says Stephanie Gopaul. “I chose Mother Teresa because I wanted to be as giving as she was.”

According to a St. John’s press release on May 9, 1976, Mother Teresa received an “honorary degree” from the University. During the Commencement she was handed her Doctorate of Laws.

Mother Teresa continues to be celebrated worldwide. The iconic woman enriched the St. John’s community with her Vincentian commitments, and touched the lives of many.