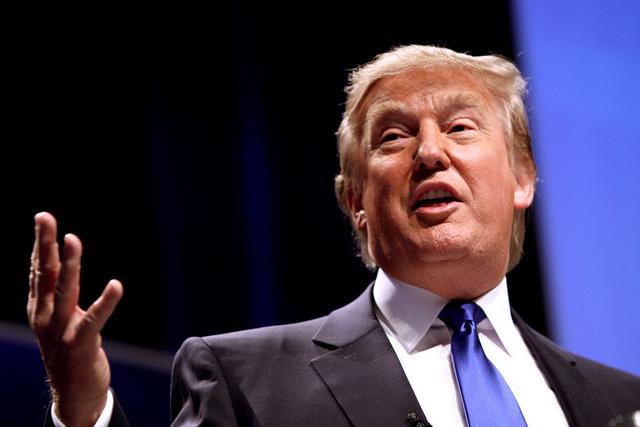 The meeting took place in the Mexican presidential residence, Los Pinos, and lasted about an hour, according to Reuters. However, there are conflicting accounts as to what was actually discussed between Trump and Peña Nieto.

At a joint press conference President Peña Nieto expressed that while, “Mexican people have been hurt” by Trump’s previous comments about Mexican immigrants, he believed Trump would be receptive to solutions benefitting both countries.

“We did discuss the wall; we didn’t discuss payment of the wall,” Trump told reporters at the press conference, then said that it was an issue to be discussed later. Peña Nieto did not respond to this immediately, but later clarified what had happened via Twitter.

“At the beginning of the conversation with Donald Trump, I made it clear that Mexico will not pay for the wall.” Peña Nieto tweeted shortly after the press conference.

Just hours after the meeting in Mexico, Trump addressed an audience in Phoenix to put forth a definitive immigration policy contradicting his previous comments.

Trump’s speech in Phoenix served to reaffirm his harsh immigration policy proposals. Much of it rang familiar: the idea of a great wall securing U.S. borders, ending “catch and release” practices, and an extreme vetting process for all potential immigrants.

Last Thursday, Peña Nieto replied: “I will repeat what I said personally, Mr. Trump: Mexico will never pay for a wall.”

According to Reuters, Peña Nieto had extended the invitation for dialogue to both Trump and Democratic presidential candidate, Hillary Clinton, on Aug. 26. Following Trump’s acceptance of the invitation, Peña Nieto indicated via Twitter that the purpose of the meeting was to discuss bilateral relations between the U.S. and Mexico with both candidates.

Clinton responded to the invitation on Monday in an interview with ABC News, stating that she would not visit Mexico before election day, reports The New York Times.

In the interview, which aired Tuesday morning, Clinton simply responded “No,” when journalist David Muir posed the question, stating that she would continue to focus on the economic situation in the U.S.

Trump’s decision to visit Mexico was met with controversy and derision.

Former Mexican President Vicente Fox weighed in on the matter, stating that Trump is “not welcome in Mexico” by him “nor the 130 million (sic) Mexicans”.

“He’s contradicting himself,” said St. John’s freshman Blerin Bardhi, “If you’re talking badly about a country and you’re not even president yet, you shouldn’t be visiting it.”

“However, if Trump gets elected I feel he will do anything in his power to make sure it affects Mexico, and attempt to restructure the trade deficits the United States has with Mexico, which will pay for the wall in a year.”

The conflicting accounts of the meeting have resulted in uncertainty for Mexican and American citizens alike. The future of relations between both countries is a vital issue, and both presidential candidates must address it during the remainder of their campaign season.