Obama reconsiders his trip to the Philippines after its president's remark 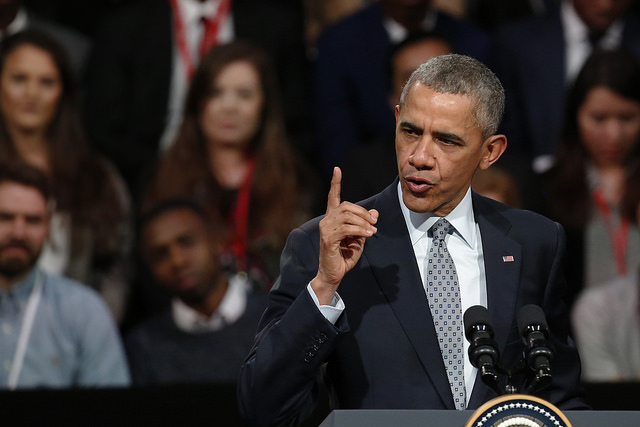 President Obama cancels his trip to the Philippines, which was scheduled for last Tuesday, after President Rodrigo Duerte calls him a 'son of a whore.'

After President Rodrigo Duterte went on a fierce rant during a speech in which he appeared to call him a “Son of a whore,” President Barack Obama canceled their meeting in Laos last Tuesday, according to ABC News.

The Filipino leader became outraged in response to a reporter who had mentioned that Obama would ask about the drug violence and human rights issues in the Philippines.

Since Duterte came into office in June, there have been approximately 1,900 reported deaths, according to the Washington Post.

“I do not have any master except the Filipino people,” Duerte declared, “Son of a whore, I’ll curse you in front of everybody.”

According to CNN, after the G20 Summit President Obama held a press conference in which he referred to Duterte as a, “colorful guy.”

“I have seen some of those colorful statements in the past,” Obama explains.

He additionally stated that the reason for the cancellation was to assure that a meeting between them would occur strictly for the purpose of productivity.

Officials announced on Duterte’s behalf that the statements made were aimed at the media and not Obama.

“I am very surprised that a president would ever talk to another President like that,” said Argyrou.

Argyrou said, “Even if there are different opinions…he should have found a way to say it in a politically correct manner.”

“I think Duterte did the right thing” he explained.

“We get too involved in regime change. The U.S. criticizes other nations for their human rights issues yet we have so many issues here,” said Ali.

Obama is the first U.S. President who has visited the country.

In addition to the meeting with Duterte, the president landed in Laos to attend the Association of Southeast Asian Nations summit.

Despite the outburst, the two leaders met the day after and the tension was relieved. Duterte expressed regret in released statements and President Obama showed no animosity during his news conference.