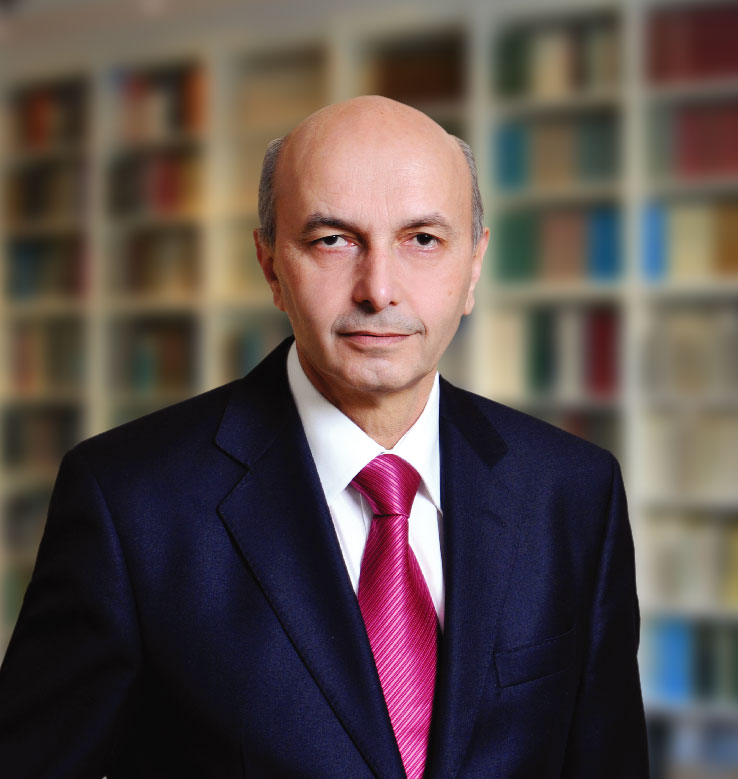 On Thursday night faculty and students throughout the St. John’s community had the opportunity to listen to Kosovo’s Prime Minister, Isa Mustafa, who addressed economic and political developments in the country following independence from Serbia in February of 2008.

“I am very honored to be here to present at St. John’s University,” said Prime Minister Mustafa.

“Great to know that the University supports international pr

“It was a great experience to hear from the Prime Minister of Kosovo,” says Alicia Guzman, a government and politics major. “And It was truly amazing to see so many students engaged in world politics.”

Mustafa has been the Prime Minister of the Republic of Kosovo, Leader of the Democratic League since 2014 and served as Mayor of Prishtina for two terms. Skilled in economics, Mustafa leads the government and mentioned plans he hopes to implement for his country. He recently made changes to their fiscal policy to expand untaxed imports and decrease value added taxes on food and public utilities.

Kosovo is still dependent on the international community for financial and technical aid, as it cannot sustain itself without this aid. Initially after the Kosovo war from 1998 to 1999 between Albanians, Serbs and government of Yugoslavia, the country declared an emergency period.

“We have had great support from the United States into these processes,” said Prime Minister Mustafa.

They continue to have a good cooperation with neighboring countries: Albania, Montenegro, Macedonia, while trying to normalize relations with other countries.

Although there has been recent construction of power plants Kosovo is still in need of proper energy. That requires extreme funding.

The Prime Minister mentions economic development, European and Euro-Atlantic integration, strengthening laws and the quality of health and education as the main challenges being faced by by the country. With Kosovo’s citizens being among the poorest of Europe as of 2014, a lot has to be done to change the circumstances.

“We have a very young powerful population. One-fourth of population is in education process,” says Mustafa.
According to Mustafa, the government is trying to grow 18,000 jobs, turning informal employment to formal employment.

Even the education system in Kosovo is being reconstructed. They are still trying to include every member of the generation to have a quality education. Many languages are spoken in most universities, primary and secondary schools – such as Albanian, Serbian, Turkish, Croatian and Bosnian.

There will always be a diversity amongst the government throughout Kosovo, according to Mustafa. There is a heavy Albanian population but the constitution makes sure other ethnicities are represented in the government with Serbian, Bosnian and Turkish ministers.

The Prime Minister expressed how hard it was to take action based on their system to change laws. If two-thirds of parliament is in favor but not two-thirds of the people, they can’t change the law. If they do not have 14 of the votes in the community the voting can not change either. According to Kosovo’s administration, the government implements “a fair system.”

Prime Minister Mustafa and his team provided background information on Kosovo, and took time to answer a plethora of questions from students and faculty. St. John’s University was fortunate to directly hear the Prime Minister’s efforts abroad.