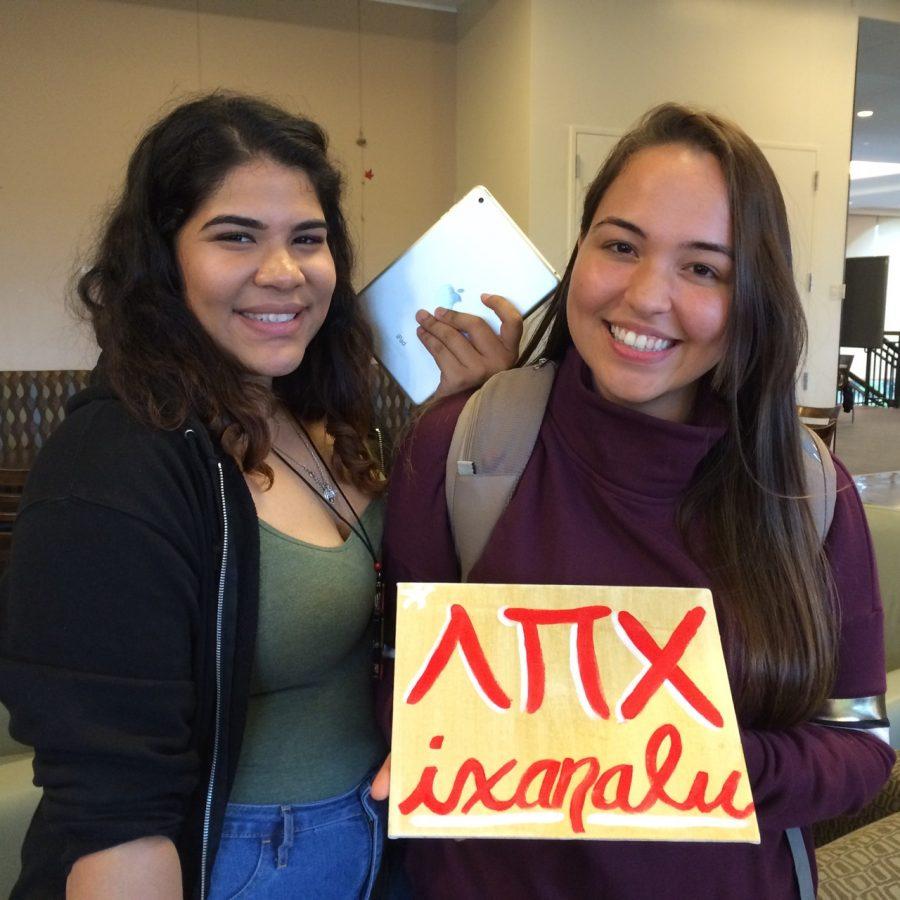 Students Heidi Rodriguez and Isabel Mendez at the Painting Under the Stars event on Sept. 29, celebrating Hispanic Heritage Month.

Emphasizing the importance of Hispanic Heritage Month, members of the St. John’s community had the opportunity to attend Lambda Pi Chi Sorority, Inc.’s Painting Under the Stars event, on Sept. 29.

“It started by educating about Latino artists that made an impact. It’s a very fun event for us,” Rodriguez continued. “It’s the event that hooked me into Latinas Promoviendo Comunidad Lambda Pi Chi Sorority, Incorporated.”

This year, the event was held at the D’Angelo Center’s coffee house.

“We were going to have a PowerPoint presentation explaining Latino artists from today, and the past,” said Elisa Morante, Secretary of Lambda Pi Chi Sorority, Inc.

Although the sorority was unable to show their powerpoint presentation in the coffee house, representatives mentioned they would incorporate it next year for Hispanic Heritage Month.

“It’s for us to show culture,” said Morante. “This is mostly a relaxed event. People don’t normally see cultured art.”

Even without the presentation, students gathered quickly, pulled out canvases and paint brushes as a way to relax during their busy semester.

The event was not exclusively for artists, as those who do not like to paint also came to learn about the event.

“I like it. I’m not a creative person but I said, I guess I’ll do it,” said Sana Mirza.

“I can’t draw for life. But I do find it relaxing. It’s a nice way to be a kid when you’re stressed during exams,” emphasizes Aniqa Miazi.

All three students were focused on their artwork as the music of DJ Lobo, a Hispanic artist, played in the background. Some students were more enthusiastic to paint than others were at the laid-back event.

“People should look into more Latina Heritage events,” said Rodriguez.“One of our values is Latin culture. We use our event to promote it,.”

“I remember I didn’t come last year but I heard great things about it. I really like to paint,” said Cristina Villon.

“Painting is a way of relaxing. Since we are in school it helps take my mind off of school,” Villon continued.

“I feel like this is a great event. Not just for people that like art, but other people as well,” says Maria Villon.

In the next few weeks Lambda Pi Chi Sorority, Inc. will be hosting more events as a contribution to Hispanic Heritage Month from Sept. 15 to Oct. 15.

The sorority is working with different organizations, such as Habitat for Humanity, Multicultural Affairs and the Latin American Student Organization.