Alleged clown sighting on Queens campus is another incident sweeping the nation. 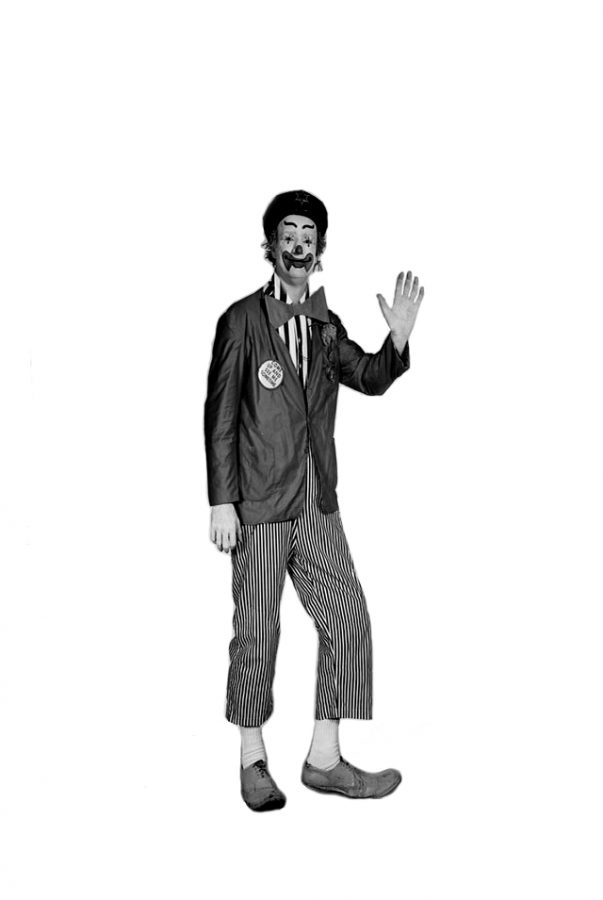 Suspicious clown sightings have become increasingly common across the country.

Clowns are generally considered sources of entertainment and normally regarded as quirky,amusing entertainers for children – until recently.

St. John’s University recently got a firsthand look of the clown craze that has taken hold of the United States.

On the night of Tuesday, Oct. 4, a clown was rumored to be lurking outside the University’s gate one and six.

Students found themselves heading down to these gates, where the clowns were said to be, hoping to see them for themselves and perhaps scare them off.

In fact, freshman Holly Allen was one of many who hightailed it to gate six. “I was anxious to see if the creepy clowns were really around campus.” Allen says. “It’s scary to think that some people have nothing better to do than dress as clowns and scare people.”

Ultimately the clowns were not found outside campus gates.

According to Elizabeth Reilly, the director of Media Relations, the Office of Public Safety did receive one report of a clown near campus.

However, after checking the security cameras the report was found to be inaccurate.

Student Isabel Corey found the situation a slight exaggeration. “It was all blown out of proportion. People are making a big deal out of nothing.”

Regardless, Reilly relayed safety tips to the Torch from Tom Lawrence, Vice President for Public Safety, for students to take into consideration while on and off campus.

›› Be cognizant of your surroundings when walking off campus.

›› Walk in with others whenever possible.

›› If you are alone, do not walk with headphones on.

›› Immediately notify 911 and Public Safety as soon as possible after an incident.

›› If you observe any type of suspicious activity, immediately notify 911 and Public Safety.

Although students were reassured that there weren’t clowns on campus, thoughts of the jesters did not escape from students’ minds.

“I think the clowns are clearly people who are thirsty for attention,” says freshman Diana Daoud. “So the more people hype up the clowns on campus and social media, the more clowns we are going to see.”

Perhaps that would not have been much of a concern if it weren’t for the fact that the clowns were attempting to lure these children into the woods.

At first, it seemed that the incident would be a one-time thing. Ultimately, it was not.

After South Carolina’s interaction with the clowns, multiple states around the country have cited clown sightings in their area.

According to interviews given to The Verge, clowns have chased teenagers out of the subway, they’ve appeared in Walmart parking lots and they were even the cause for some Ohio school closings.

St. John’s wasn’t the only university clowns are allegedly popping up at. Just recently, hundreds of Pennsylvania State University students heard of clown sightings around their campus and went on a clown chase immediately after. Videos were posted on Twitter of the Lions searching for the clowns.

The chatter about clowns has even captured the White House’s attention.

According to Bloomberg’s reporter, Justin Sink, the White House’s Press Secretary, Josh Earnest, said, “Obviously this is a situation that local law enforcement authorities take quite seriously, and they should carefully and thoroughly review the perceived threats to the safety of the community.”