SJU holds panel on the Shroud of Turin 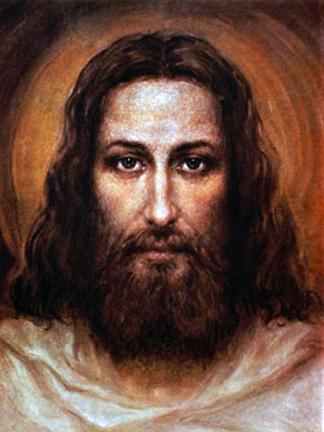 Illustration made by an artist based off of the Shroud of Turin.

In 1898, Secondo Pia, the first person to photograph the Shroud of Turin, commented on his experience, stating, “It was a face that spoke of an immense patience and of a noble recognition. I feel certain that I was looking at the face of Jesus.”

The release of this rare photo by Pia sparked controversy not only within the church, but also within the world of science.

The research and discoveries that would come after this revolved around one simple question: Does this shroud really contain the face of Jesus?

On Oct. 24 about 70 curious students and professors gathered in the D’Angelo Center to learn about the most recent research that centers around answering this question.

The discussion opened with an in-depth summary by Dr. Sacca on the monumental research done all over the world that aims to reveal the truth behind the Shroud of Turin, which is currently under the jurisdiction of the Catholic Church in Turin, Italy.

The linen cloth which measures 14 feet 2 inches long is marked with an indelible image that is believed to be the face of Jesus Christ.

Sacca discussed that the two colors that characterize this image, red for the blood and yellow for the body, have been permanently imprinted into the cloth which is only possible through direct contact.

Other research has also proven that the shroud is woven in typical first century Syrian fashion and contains pollen from Palestine and the Red Sea that dates 2,000 years back.

Bruno Barberis, a mathematician from the University of Turin, studied specific elements on the shroud that corresponded with the gospels.

After examining key parts of the cloth such as the wounds made by the thorns and the nails on the cross, he concluded that the probability that the man on the Shroud of Turin is not Jesus of Nazareth is one in 200 billion.

Photographer Barrie Schwortz, the next panelist, gave an overview of the photos of the shroud he has taken and how they have played a role in sindonology, or the study of the Shroud of Turin.

“I expected to find it was a fake,” Schwortz said until his photo editing techniques proved that the red stains on the cloth were actually blood.

Forty years have passed, and Schwortz is still delving deeper into the truth behind the shroud.

“His [Schwortz] photography insights were very interesting,” said Dr. Ann Wintergerst, a St. John’s professor in the Department of Languages and Literatures. “They were very realistic in terms of what the debate is.”

In order for the public to develop their own opinion about the Shroud of Turin, Schwortz also has a website called shroud.com which currently has an upwards of five million views.

“I built shroud.com because I was upset that the media was not reporting honestly on what we had done,” said Schwortz. “Although it was not a reflection of my faith because I’m not a Christian, my Christian brothers and sisters were not getting the truth.”

Schwortz strongly believes in the fact that the public must have access to the science in order to make up their own mind about whether or not they believe this is the cloth that wrapped the crucified body of Jesus.

In terms of future goals for discovering information on the shroud Dr. Sacca stated, “I hope we can answer the question of ‘Was the imprint left because of the resurrection?”