Student organizations to host a “Peace and Love March” on Tuesday 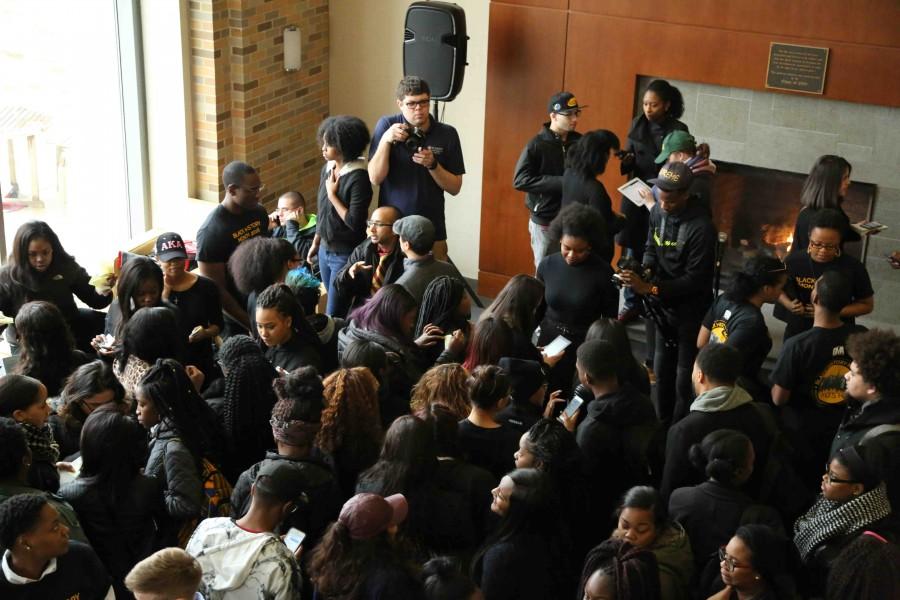 Students of Consciousness held a demonstration Feb. 10 where they signed a petition detailing their demands.

The Students of Consciousness (S.O.C.), Latin American Student Organization (L.A.S.O.), Spectrum and Feminist Unite – among other various organizations – will be organizing a “Peace and Love March” on Tuesday, Nov. 15 at St. John’s University’s Queens campus, according to S.O.C.’s secretary, Miguel Vasquez.

“The goal of the march is to unite our students through these trying times,” Vasquez said.

The march will start at 6 p.m. with details of where they will gather to be announced soon. According to Vasquez, more information will be shared by Saturday night once they release their flyer.

So far, the groups who are working in collaboration to host the march on campus have reached out to over 30 other organizations, with the hopes to demonstrate unity.

“We just want to make sure that the event is promoted as one in collaboration with other organizations,” said Vasquez. “We’re working on continued outreach.”

According to the flyer that is now being shared throughout social media, the D’Angelo Center will be the meeting place.

The flyer says it will be a peaceful march, taking place throughout the campus grounds.

It also contains a message reaching out to students who feel uneasy about the United States’ recent vote for President-elect Donald Trump. It says: “This may feel like a troubling time, but we will get through it together. Discrimination will never win as long as love and unity exist.”

Editor’s note: Corrections to this story have been made as of 6:10 p.m. Students of Consciousness are not the only organization leading the march according to their secretary, Miguel Vasquez. This is an ongoing story. Check back for updates.