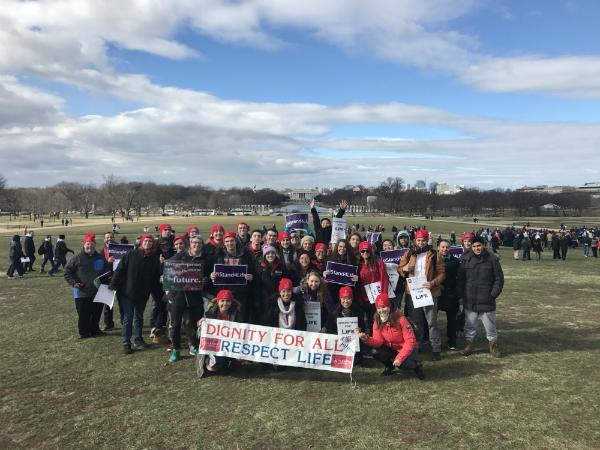 Tens of thousands of activists, including dozens of St. John’s students, gathered in Washington D.C. this past Friday, Jan. 27 for the 44th March for Life, an annual protest against the legalization of abortion.

According to the University’s website, Campus Ministry and SJU Students for Life traveled to the nation’s capital on a bus at 2 a.m. on Friday, Jan. 27.

About 45 St. John’s students were present at the march, which began in 1973 in response to the nationwide legalization of abortion as a result of Roe v. Wade.

Nicholas Cerbo, president of SJU Students for Life, said his experience in the march was “very moving.”

“I would like SJU students to know that the March for Life is a peaceful march that promotes the protection, dignity and worth of each human life from conception until natural death,” Cerbo said. “I hope that it inspires people to pray for the unborn, as well as those most vulnerable in society such as the unborn, the mentally ill, the homeless, victims of human trafficking and so many more.” 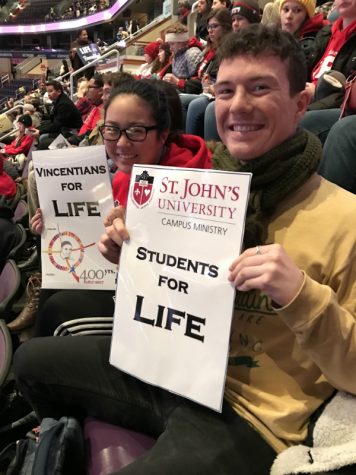 Vice President Mike Pence attended the march and addressed protesters, the first vice president in history to do so. He praised the current direction that the government is taking in terms of the anti-abortion movement, according to Reuters.

Kellyanne Conway, Counselor to President Trump, was also in attendance as a speaker.

“Every day is a fight for life, yet today is also a celebration of life,” Conway said. “This is a time of incredible promise for the pro-life, pro-adoption movement … We hear you, we see you, we respect you, and we look forward to working with you.”

According to the March for Life’s official website, its mission is “to provide all Americans with a place to testify to the beauty of life and the dignity of each human person.” It names itself as “the largest pro-life demonstration in the world.”

In the national Centers for Disease Control and Prevention’s (CDC) most recent Abortion Surveillance report conducted in 2013, overall abortion rates have continued to fall with each passing year, resulting in “historic lows.”

Matthew Smith, a member of SJU Students for Life who also attended the march, said that the march exemplifies a bigger movement than just anti-abortion.

“It is about where we stand on the human being’s right to life. It is for the elderly, the disabled, those discriminated against for ethnicity, culture, religion, or sexual orientation and for the unborn,” Smith said. “This movement is for all life and it truly felt like it was this year.”

Editor’s note: The article published on the print version of February 2, 2017 said in the lede, “anti-abortion activists.” This was replaced with “activists” on February 2 at 11:45 a.m.