“He Will Not Divide Us” shuts down after 20 days 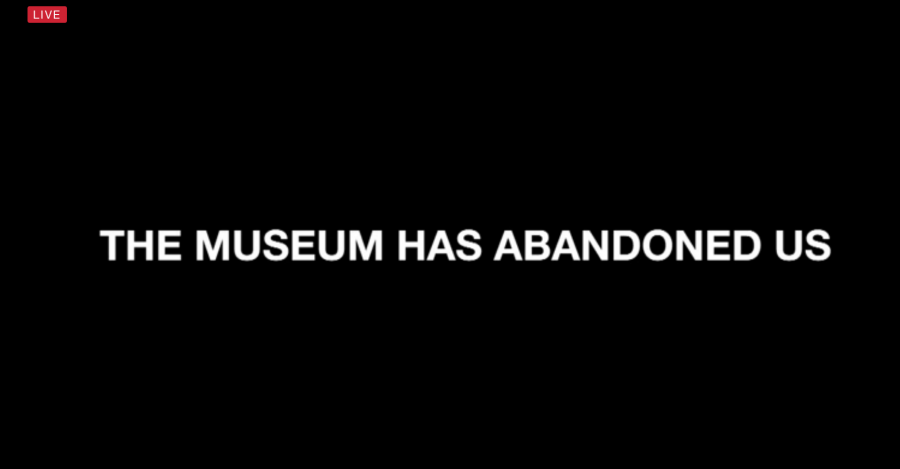 The live feed on hewillnotdivide.us now shows the caption "THE MUSEUM HAS ABANDONED US" following the exhibit being shut down.

After “Artwork created an unexpectedly volatile situation and serious public safety hazards,” the exhibition “He Will Not Divide Us” at the Museum of the Moving Image in Astoria has been shut down as of Friday, Feb. 10.

The museum released a statement Friday explaining that “The installation created a serious and ongoing public safety hazard for the Museum, its visitors, staff, local residents, and businesses. The installation had become a flashpoint for violence and was disrupted from its original intent.”

Shia LaBeouf, Nastja Säde Rönkkö and Luke Turner created the exhibition in an effort to unite people of all different backgrounds despite a politically charged election season. LaBeouf has said multiple times on the livestream that the exhibition was not pro-Trump or anti-Trump.

The hewillnotdivide.us website states, “…the mantra ‘HE WILL NOT DIVIDE US’ acts as a show of resistance or insistence, opposition or optimism, guided by the spirit of each individual participant and the community.”

The video camera was meant to record for the entirety of Trump’s presidency, with the project opening on Inauguration Day, but only lasted 20 days.

The violence that the museum mentions in their statement has to do with the arrest of LaBeouf as well as hate groups causing trouble on the premises. According to the museum’s statement, multiple altercations have occurred leading the NYPD to be stationed at the project 24 hours a day seven days a week.

Safety was the museum’s main concern as they wrote that they receive 200,000 annual visitors, with 50,000 of those visitors being school children.
Where the project’s website used to show the livestream, it now shows the words “The museum has abandoned us.” In the description of the project “The artists, however, have not,” has been added.