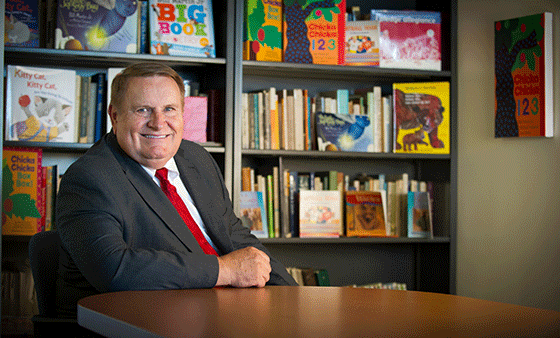 School choice has been at the forefront of politics for over one month, but public education is the backbone of the country, according to School of Education Dean Michael Sampson, Ph.D.

The nomination of Betsy DeVos for Secretary of Education sparked, among other things, a contentious debate on school choice.

In a recent interview with the Torch, Sampson talked about the University’s involvement across the city in both public and private schools.

“At St. John’s, because of our Vincentian mission, we have a focus on social justice, so we want to be sure that all kids can have a great education regardless of their ability to afford it,” he said.

He added that St. John’s works with Catholic schools across the diocese of Manhattan, Brooklyn, Queens and Long Island on school choice programs, but also has partnerships with New York City public schools. He said that 77 percent of graduates from NYC public schools go to college.

“There may be a misnomer that our schools aren’t good,” he continued, “They are good. They’re excellent and I’ve seen some of the best instruction anywhere in the country right here in New York City.” 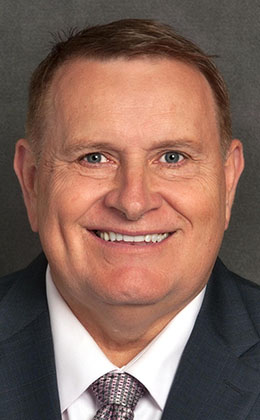 Sampson also spoke about common core, a set of educational standards that states have the option of adopting. Common core has been at the center of debates among parents and teachers—some of whom believe that the standards are damaging for students. Sampson defended the curriculum, citing its development by experts as one of its strengths.

“It’s not something new, it just replaced something else. We’ve always had a standards-based curriculum for the last 30, 40 years, and so it’s just new, stronger standards.”

Sampson emphasized the importance of state control over education, and said he believes that’s something the new education department will allow.

“I think we’re excited about new opportunities and a new Department of Education,” he said. “I think there’s every indication that they will look more to states for leadership programs, and as deans of education in the state of New York, that’s what we want. We know New York pupils that are K-12, and we know what’s best for them.”

On proficiency vs. growth in students—an issue that came up during DeVos’ hearing and seemed to stir some confusion, Sampson said he thinks educators want both.

“We’re looking for growth in students more than anything else,” he said. “But, we also want proficiency, and proficiency occurs with good teaching.”

Proficiency, he said, is better measured by teachers than by a test that only happens once per year.

Sampson discussed the Department of Education under former president Barack Obama, in which he said there was an idea of evaluating teachers based upon how kids scored on tests.

He said the method is too sloppy, and said that it’s important to look at how teachers move classes. In his eyes, education is more than just test scores.

“It’s the affective dimension,” he said. “It’s how a teacher relates to the class; it’s how they inspire the class, and it may be that the affective domain is the key to connecting to the cognitive domain—that if people feel successful, they feel loved, they feel part of a family, I think that’s when learning is enhanced, so we want to keep those things part of our school culture.”