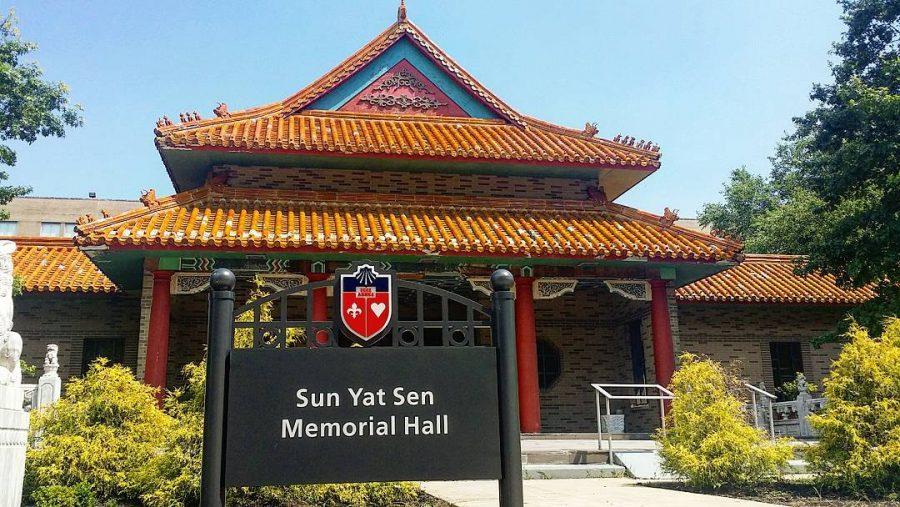 St. John’s students in the “Discover the World” program experienced a setback yesterday. News broke out about 56 out of 66 students having to stay one more night in Seville, Spain, instead of leaving for Paris.

This led to mixed views from students participating in it, many expressing frustration while some said they were at ease.

The popular program allows students to study in Seville, Paris and Rome for a whole semester, with three groups traveling to each country in rotations.

Elizabeth Reilly, the director of Media Relations, said in a statement to the Torch that, “Due to a booking error by the University’s partner airline and travel agency, some students participating in the Discover the World study abroad program had their travel plans amended and will be flying from Seville to Paris one day late.”

Reilly continued, “Accommodations have been made to ensure that those students will not miss any part of their program or incur any additional expense.”

Nevertheless, the news reached the students of the Queens campus following a tweet made by sophomore Katie Bagarella.

The tweet read, “St. John’s managed to surprise all of us with their stupidity by booking only 10 out of 54 people’s tickets for Paris .” 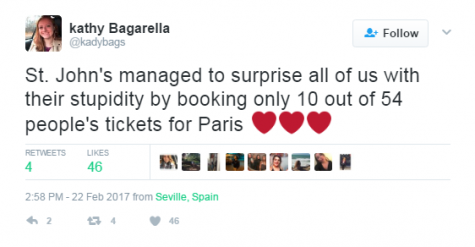 Although Bagarella got the number of students traveling in her group incorrect, she was correct about 10 fellow students flying out as scheduled—she was one of them. Bagarella said that they received the email from the Office of Global Studies about the change of plans around 11:30 p.m. on Tuesday, Feb. 22, which caused many students to react negatively.

“Everyone was pretty angry because we were all packed up and ready to go, and the people that stayed had to move to different rooms because 60-something people were coming from Rome for their next module in Spain,” Bagarella said.

Another student, sophomore Matt Agoursalidis, was also one of the 10 students who got to leave for Paris on time. Agoursalidis said that he was “flabbergasted by the whole situation,” as he didn’t like the fact that his friends and girlfriend would have to stay an extra day in Seville.

“I think that it was not right of them to wait until such a late time to inform everyone of the situation,” Agoursalidis said. “And if they only just realized it, then I believe they truly need to pay more attention and care more about what they are doing since they clearly don’t.”

However, sophomore Jonathan Yarton, said he has an “unpopular opinion” about the ordeal. He understands that the University had some trouble with the travel agency, and said that the “inconvenience level was next to none.”

“Honestly, I’m not sure why people were so upset about having to stay one more night—it really wasn’t doing any harm and we were all dealt with quickly and accordingly,” Yarton said. “I thoroughly enjoyed the extra day in Seville.”