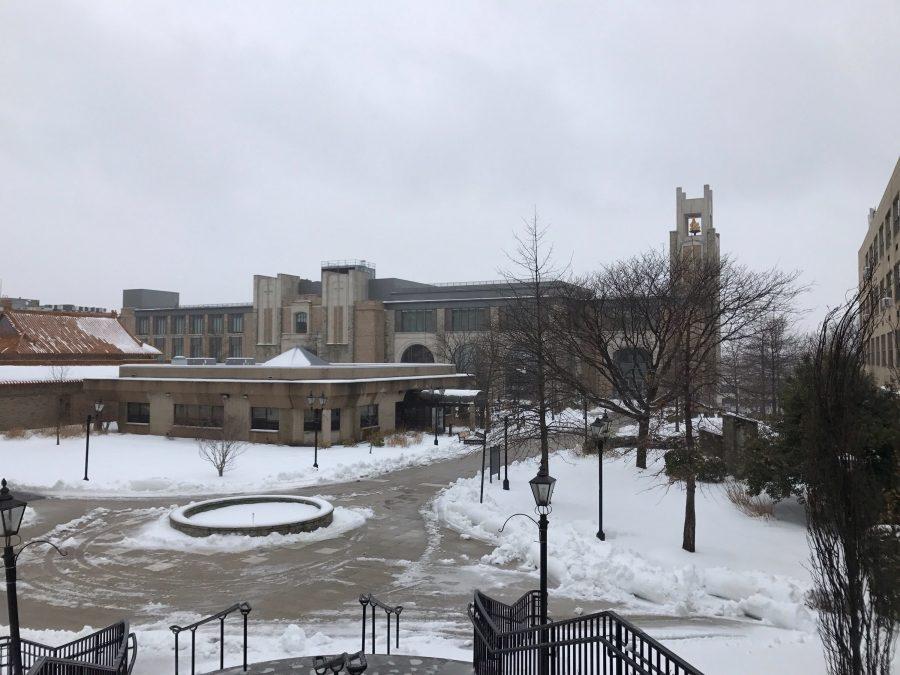 New York City expected to be slammed by a blizzard Tuesday, prompting St. John's to cancel Tuesday classes. The storm was not as strong as expected, and hit Queens mostly with sleet.

A fierce Nor’easter was expected to pound New York City with up to two feet of snow on Tuesday. But when students woke up in the morning, a different scene caught their eye: a few inches of snow, and a lot of sleet.

Winter storm Stella prompted a blizzard warning to be put into effect for NYC three days prior to the storm making landfall. But while the National Weather Service was predicting significant snow, wind and cold for the five boroughs, the blizzard warning was called off by 8 a.m. Tuesday and a winter weather advisory was put into effect.

As of 3 p.m., the highest snow total in Queens was 7.8 inches in Queens Village, according to the National Weather Service.

In Queens, the storm was far weaker than expected. But people in Connecticut, New Jersey and the lower Hudson Valley—only about an hour and a half drive from SJU—were experiencing the brunt of the blizzard that seemed to mostly bypass the city, according to the Queens Chronicle.

Tuesday was the second snow day of the school year for St. John’s students. All campuses will be open on Wednesday, March 15, according to a Public Safety email.