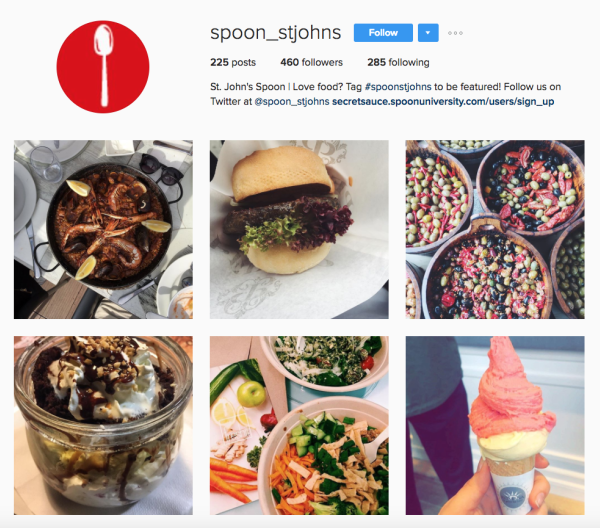 Spoon University, an online food publication that was created by college students, for college students, was among the organizations that didn’t make the cut to be recognized by Student Government Inc. (SGI) this school year.

Lauren Majid, who created the chapter last year as a freshman, said that although she doesn’t remember the exact reason that SGI gave them for not recognizing the publication, she recalled it being “along the lines of us not needing their assistance.”

Majid said that she believed this was the case because their Spoon University chapter—which is just one of many chapters that the organization has, both nationally and internationally—has made a name for itself on campus already.

“We have done pretty well without being recognized,” the sophomore said.

Majid was the community director, before she stepped down from her position in order to study abroad this semester. However, she thinks the organization is on the right track to grow its presence on campus.

“I think we have a really strong foundation and have big plans for the future,” Majid said.

Deanna London, the editorial director of St. John’s Spoon University chapter, thinks that the organization needs to recruit more students in order to really be noticed on campus.

“It’s just a matter of finding people who are interested in writing about food. I know a lot of writers, but they want to write about fashion or music … We also need more photographers, videographers and just creatives in general,” London said.

London, who is currently a freshman, thinks that her current staff writers do a “phenomenal job” of engaging readers and publishing interesting food oriented stories.

“I really love the content that we put out because it’s very diverse,” London said. “We don’t just talk about your typical ‘five ways to get fit this summer,’ we do a lot of things like ‘five different breweries you can go to in New York City’ or ‘the best place in Jersey to get seafood.’”

Some of the main goals of Spoon University is to put out fun, food-related articles for students and teach them how to eat properly.

“We’re very concerned with making sure that everybody knows how to eat and what they should be eating,” London said.