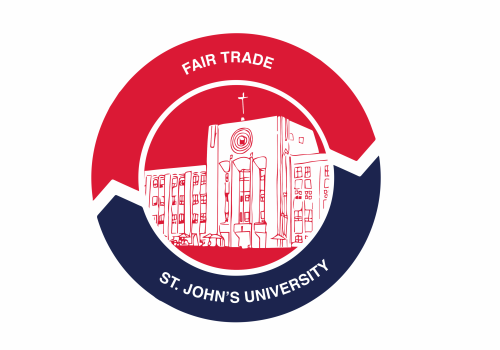 After three years of working toward Fair Trade designation, the St. John’s for Fair Trade Committee has met its goal as of Tuesday, March 14.

Working alongside Fair Trade Campaigns, a non-profit organization that designates universities, towns, congregations and schools, the committee has pushed the University to advocate for fair trade.

“St. John’s for Fair Trade is excited about helping [the University] become a fair trade designated University. This is a key step in promoting conscious consumer practices and discussions on our campus. We are very thankful to Fair Trade Campaigns for all their support and guidance, plus numerous St. John’s offices and organizations,” Professor Sean Murray, the co-chairman of the Fair Trade Committee, said about the designation.

The process required the University to meet five requirements:

Work with vendors and food service providers to offer at least two fair trade products in each outlet on campus;

Sponsor fair trade educational events on campus and work with faculty to bring Fair Trade into the classroom;

Draw up a resolution that reflects the university’s commitment to fair trade and approve it.

“The University’s Fair Trade Resolution is an expression of who we are as a Catholic, Vincentian and Global Institution of higher education,” Tracey said.  “Catholic social teaching challenges us to ensure that the wages of laborers are fair and just.”

“We are called as a Vincentian institution not only to respond to the needs of those marginalized in society, but to study, research and provide solutions to the root causes of poverty,” he added.

“By becoming a designated Fair Trade University, St. John’s has shown a real commitment to social justice and sustainable and ethical purchasing,” Nealis said. “The students and staff at St. John’s have worked hard to earn Fair Trade status for the campus—from increasing the availability of Fair Trade products on campus to hosting events to raise awareness around the importance of fair trade.”

When asked for their thoughts on the recent designation, many students weren’t aware of what fair trade stands for.

Sophomore Paul Espiritu said that he hadn’t heard of it before, but when he learned what fair trade meant he said, “That’s great, it’s good that people around the world are getting help and that we are the ones to help them.”

Freshman Emily Inzero, a Fair Trade Committee leader, said the committee will now be setting up a “Fair Trade Fridays” table offering fair trade options during Java Johnnies, in addition to the existing table open in Sodano coffee house every Friday from 12:30-3 p.m.

“There have been students and faculty working really hard to accomplish [the designation] for many years now. I, myself, being new to the Fair Trade scene am only beginning to really learn about it,” Inzero said. “I’m excited because it is only the beginning of having more fair trade option on campus.”