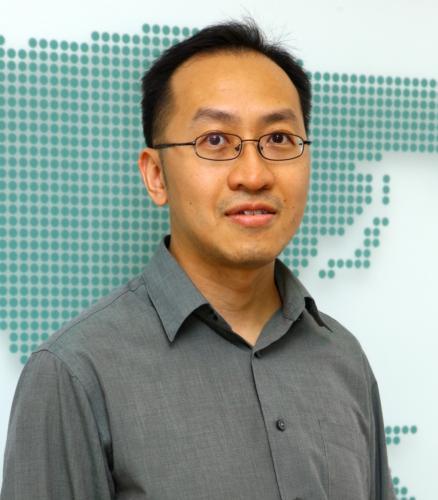 In a small conference room with three journalism classes, a crowd of students and professors at the University Center heard Fulbright Scholar and Associate Professor Dr. King-wa Fu speak about ‘How Millennials Use the Internet, Health and the Media’ on Wednesday, March 23.

About 40 people sat in during Dr. Fu’s PowerPoint presentation, which was sponsored by the College of Professional Studies.

During his week-long visit to St. John’s University, Dr. Fu’s 90-minute lecture highlighted how citizens in China do not have the freedoms of assembly, speech or press, while citizens in Hong Kong do. He also emphasized that millennials are using social media to be an advocate for issues that are important to them, as they’re allowed to use it to protest instead of physically doing so.

“Children are not passive media consumers, but active media prosumers,” Dr. Fu said. “They are writing messages, taking photos of them, posting it online and passing it on.”

Dr. Fu has been an associate professor at the Journalism and Media Studies Centre (JMSC) at the University of Hong Kong for 16 years where he wrote 60 scholarly articles and was a journalist at the Hong Kong Economic Journal before turning to academia.

According to Dr. Fu, China’s online censorship makes it very difficult to organize protests. Yet, social media is more effective than formal organization when it comes to protesting.

Dr. Fu showed research that he conducted on internet addiction and how mental health plays a role in that, as well as young people’s online political participation, early development and use of electronic devices. The studies used participants ranging from ages five to 18 and older.

During the questions portion of the presentation, professor and head of the journalism department Michael Rizzo asked, “What do you think journalism’s role will be in five to 10  years?”

Dr. Fu chuckled and said he is, “…unsure what role journalism will play, but it will continue to be an important aspect of society.”

“As citizens, we have a right to be informed [and] give a voice to the voiceless,” Kyle Suta, a freshman journalism major, said.