Light It Up Blue: “In a Different Key: The Story of Autism” 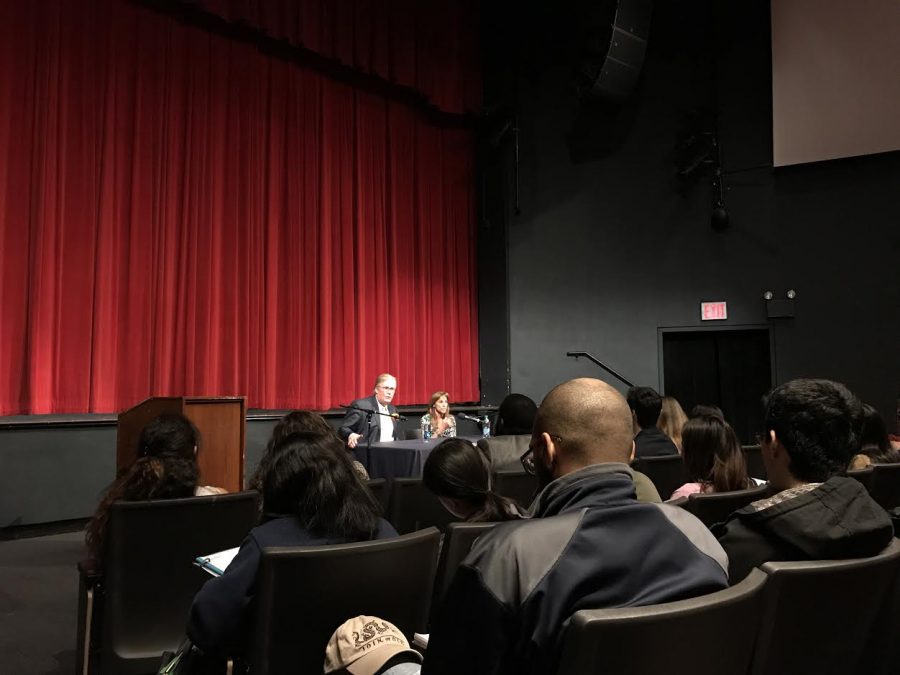 “We wanted them to know that they have a story,” John Donvan said about the purpose of his and Caren Zucker’s book, “In A Different Key: The Story of Autism.” The two journalists spoke about the book to students and faculty in the Little Theatre on Monday, April 10. The lecture was sponsored by Student Government Inc. (SGI) and the University’s psychology department.

“In A Different Key: The Story of Autism” presents a history in the slow-moving progress of acceptance for those with autism through various life stories of people with autism and their families. Donvan and Zucker are award-winning journalists who have spent years researching their book to tell the unknown stories of parents and communities who banded together to create seminal moments in the disability rights movement.

Donvan and Zucker highlighted the story of Donald Triplett, the first person diagnosed with autism, for most of the lecture. Triplett was diagnosed with autism and labeled “Case 1” by Dr. Leo Kanner, and as Donvan said, “Case one became our chapter one.” Triplett lived an extraordinary life, where he traveled the world by himself and was loved by many of those who knew him; his life differs from most people with autism during the 30s and 40s because most were institutionalized. The two authors delved into this dark era of institutionalization and “mother-blaming” in their lecture, showing that stories like Triplett’s are rare but do not have to be.

“He was offered something others on the spectrum aren’t — mistakes,” Zucker stated. The two emphasized how so few people with autism are afforded opportunities in education and work, but given the opportunity they can thrive in their communities.

While educational, Donvan and Zucker’s lecture was mainly advocacy-based. They ended their lecture with one of the last stories in their book, a story about a person named Nicholas who tried to ride the bus and was bullied for it; however, other people on the bus stood up for him.

“The bus became a community,” Zucker said. The two speakers urged members of the audience, who more than half of have people in their lives with autism, to be accepting because “when society decides to make it work it can work.”

Sumiya Monaf, a sophomore biology major, received a message of acceptance. “We need to be the ones embracing people like this, we need to constantly be more aware,” she said.

Donvan said, “This is the largest audience we’ve spoken to yet where most of the people weren’t already connected to autism…Our goal is to reach people who don’t know much about it.”