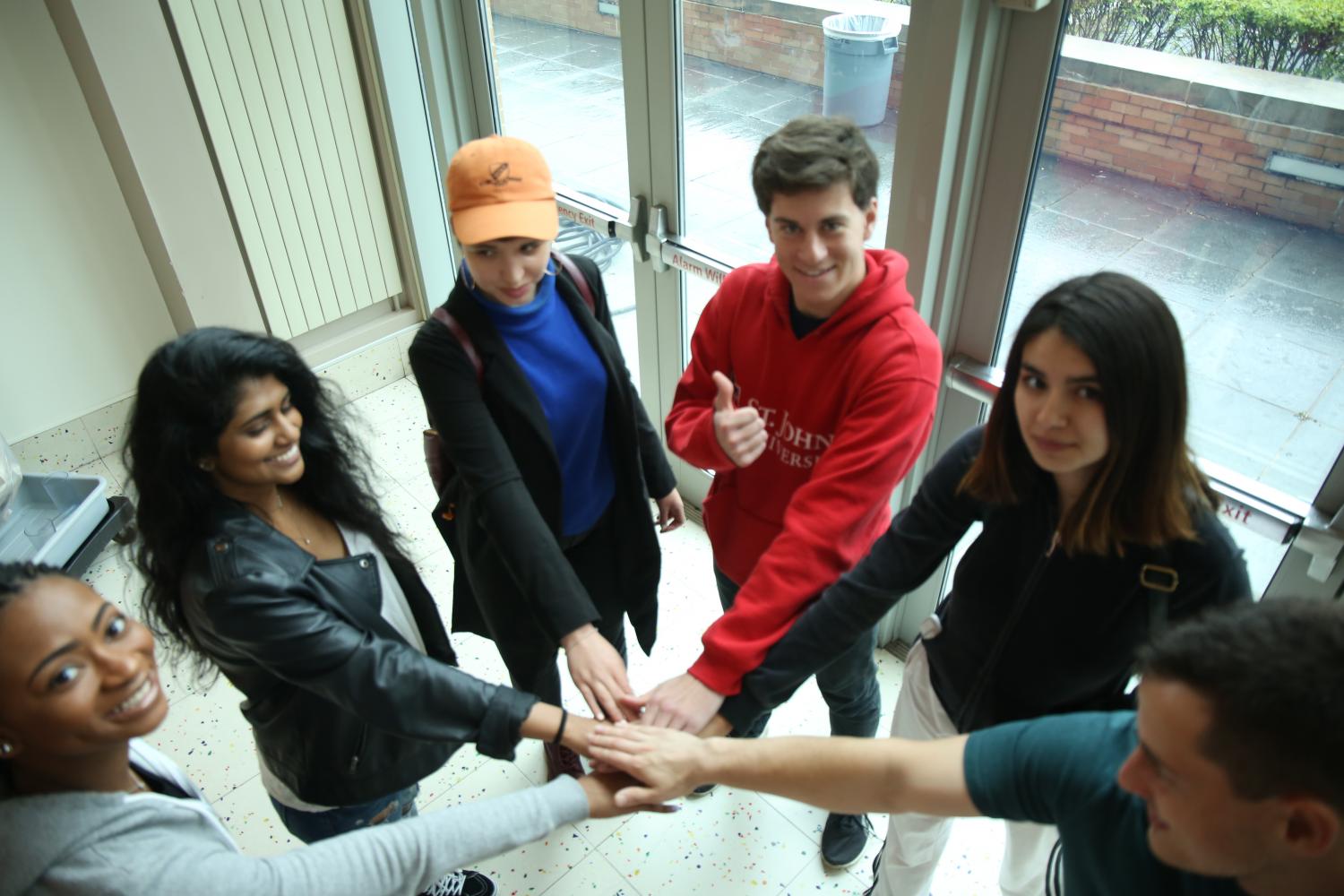 The Office of Sustainability will once again compete for high rankings in the Campus Conservation Nationals (CCN), a nationwide short-term electricity reduction competition.

Their goal is to reduce 50,000 kilowatt hours of electricity in the Residence Halls, with the dollar savings resulting in a $5,000 donation for St. John’s Bread and Life.

They have already reduced 30,000 kilowatt hours as of Tuesday, April 25, according to Thomas Goldsmith, the director of the Office of Sustainability.

The Office of Sustainability collaborated with the Office of Academic Service Learning (ASL) to offer students ASL hours for volunteering in the Conserve to Serve campaign.

“We developed Conserve to Serve [so that] we all pitch in to save the energy, but the dollar savings goes to support Bread and Life,” Goldsmith said.

The competition began on April 10 and will end on April 30. Students can volunteer throughout the last week of the competition to advocate for it and get signatures in the pledge cards in the Residence Halls.

“I’m an Environmental Studies major and I try to do as much as I can to save energy and the environment in general,” freshman Johneil Clarke, a student volunteering for ASL hours on Tuesday, said.

During the CCN, they want to encourage students to take the stairs instead of the elevator, unplug electronics, turn off lights, turn off air-blowers under windows and wash full loads of laundry in cold water.

The CCN began in 2010 and it strives to “reduce consumption and mitigate the impacts of climate change” of college buildings, according to its official website.

Over 100 universities across the U.S. participate, and St. John’s has been a contestant since the initiative launched.

According to Lucid—the organization that runs CCN—in 2010 the University finished in the top 10, and in 2013 in the top five.

In previous years, each Residence Hall would compete against each other, but Goldsmith said that the residents in the two buildings in the lead were the most motivated, while other residents lost interest.

In 2015, they changed their approach to spurring on participants; Goldsmith said the University raised $2,700 for St. John’s Bread and Life as students were instead prompted by the idea of fundraising for the organization, rather than engaging in a contest against their peers.

Anthony Butler, the executive director of St. John’s Bread and Life, said that he thought it was a “neat idea,” to combine energy conservation and efforts to alleviate hunger.

“Using it as a fundraising tool is great, especially for us, since we prepare over 2,600 meals a day,” Butler said.