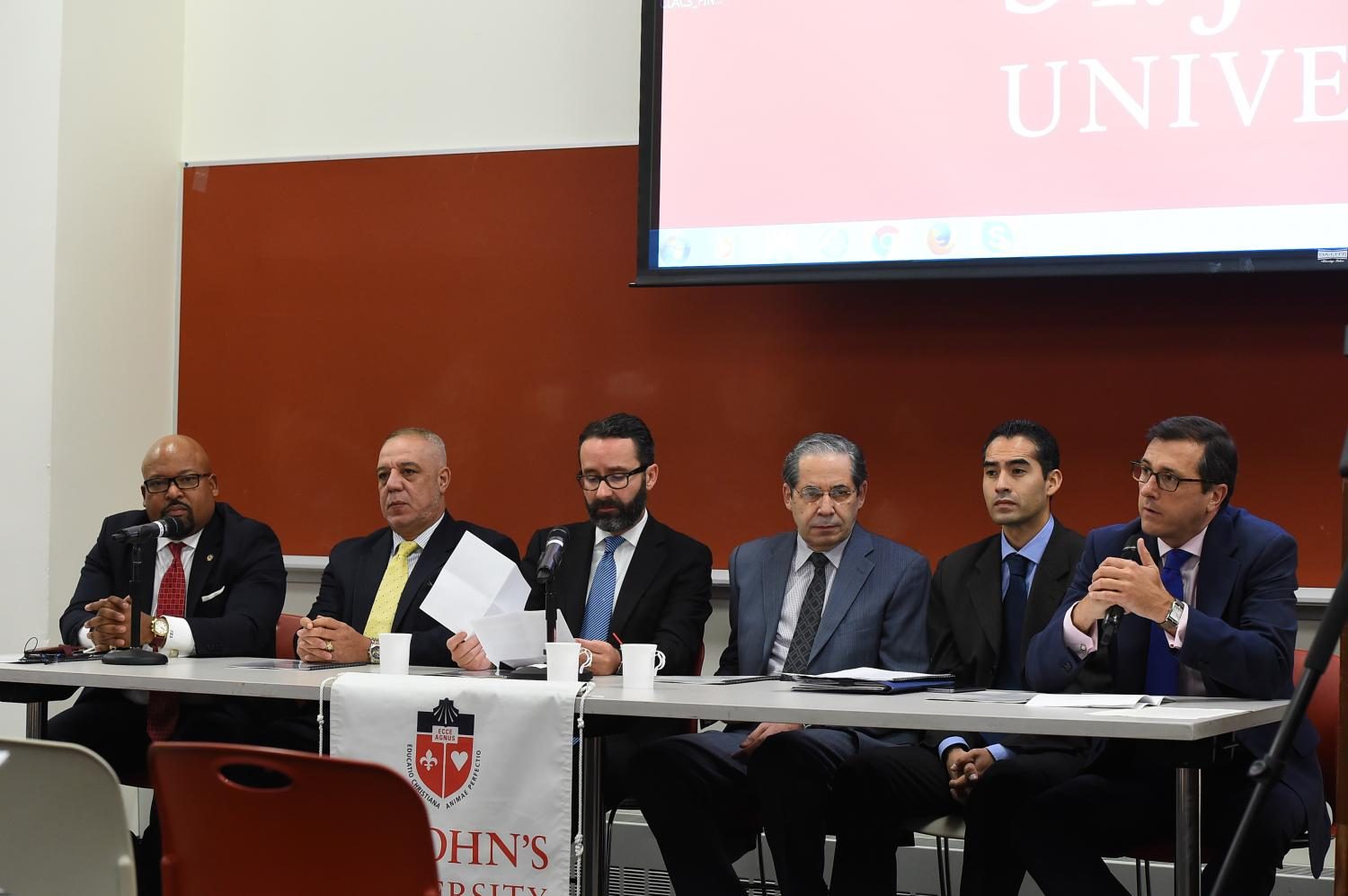 The seventh annual Multidisciplinary Symposium on Immigration was a day full of cultural empowerment and in-depth conversations by students and faculty of different backgrounds.

The symposium was held this past Friday in DAC 128 by the Center for Latin American and Caribbean Studies (CLACS);  seats were filled by students, faculty members and  guests of the school.

The overarching topic of the day was immigration. Junior Esteban Acosta, an education major and member of the Latin American Student Organization (LASO) worked with CLACS on the setup of the symposium, and was glad to see this type of conversation being continued on campus.

“It’s important to have all these ideas come into school and share them with such a diverse crowd of people,” Acosta said.

St. John’s University is no stranger to diversity as a school with a large population of international students and its main campus being located in Queens, one of the most diverse areas in the country.

This symposium began with a round table discussion consisting of diplomats representing Argentina, Bolivia, Colombia, the Dominican Republic, Guatemala, Haiti, Mexico and Paraguay.

The speakers discussed the new presidency and how changes in immigration policy were being constructed.

Throughout the day, international students and faculty members shared their experiences and discussed how the new administration affected them on a personal and global level. Associate communications professor, Dr. Flora Keshishian, was a panel organizer for the topic on “Immigration and the Trump Administration.”

The panel discussed the adversities that international students had to overcome due to their immigrant status in the United States.

“I didn’t even know where the immigration office was, it was such an intimidating process and everybody was worried,” Dr. Keshishian said as she shared her experience of being an international student during the Iranian Revolution.

She told the audience about her ordeal with the immigration office and how she had to prove that she was not connected to the Iranian Revolution in one month.

Keshishian discussed seeing “Nuke Iran” buttons as she would walk around campus. Several current international students shared similar stories of not feeling welcome on campus because of their accents, and undergoing numerous micro-aggressions because of the color of their skin and the fact that they were immigrants.

The following panels discussed the anxiety that immigrant students face and how they fear family members being deported as well as the new executive orders under the Trump Administration.

The panel’s discussions touched on many issues that immigrants deal with in their daily lives, and how even though many aspire   to get an education and be successful, they often hit roadblocks built on prejudice and xenophobia.

For many, the event was one of acceptance and awareness.

“It encourages discussion on immigration and the effects of banning people from out of the country and how it negatively affects the united states economy and our culture because we are a culture made up of immigrants,” said Challena Gilbert, a senior and Spanish major.