The Press and Politics: A new era 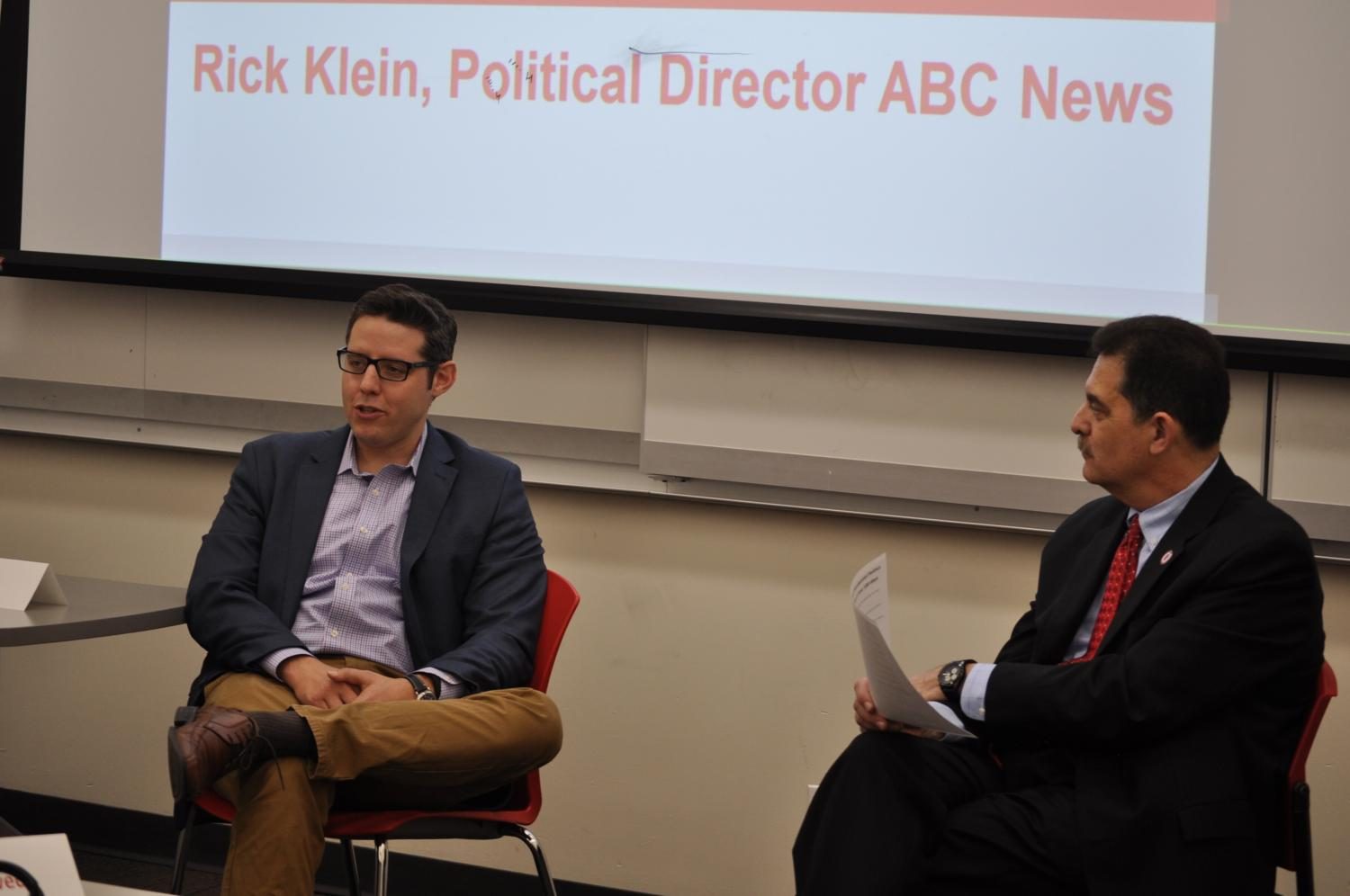 A crowd of students, professors and faculty filled Sullivan B-13 to hear ABC News’ political director and journalist, Rick Klein, speak about “The Press and Presidential Politics” on Monday, April 24. About 40 people sat in during Klein’s question-and-answer session, which was sponsored by the College of Professional Studies, ABC News and the Society of Professional Journalists.

Klein leads the network’s political coverage and planning, serves as an on-air political analyst across ABC News platforms and contributes stories and analysis to all ABC News broadcasts, including Good Morning America and World News Tonight with David Muir.

During his 70-minute panel, he explained how he had been interested in politics since grade school. In college, he served as editor-in-chief of the Daily Princetonian, the Princeton University student newspaper, which fed his passion for journalism.

Michael Rizzo, the director of the University’s journalism program, served as a moderator for the event and asked Klein what drew him to journalism. Klein said, “I tried different activities and every day I was doing something different, surprising or learning something new.” He also added, “I believe I had more impact writing for the campus newspaper than I do now because to see the impact you have on campus just by writing a story, you change people’s lives.”

He also emphasized that he’s never seen political engagement like he has during today’s time, comparing the election to a “reality show.”

“No president in modern time has got less done than Trump,” Klein said. “He has redefined the terms of Washington; there is so much movement happening that wasn’t present before. There was a real shift between policies for the candidates and now there are big things on the line right now.”

During the questioning portion of the panel, two journalism students were given the opportunity to ask questions. One student asked, “How has reporting strategies changed since the president’s war on media?”

Klein said, “Since then, journalists can receive more sources from the Trump administration. It has made us think more deeply about accuracy— there is no margin for getting things wrong. It ups our game in providing the facts.”

“I think government officials would avoid talking to the media if they didn’t trust a particular journalist or organization,” Kyle Suta, a freshman journalism major, said. “Also, they may not want to tell the truth and bad-mouth their friends.”

One of the final students chosen to ask a question was Chloe Jean-Pierre, a freshman and public relations major who asked, “Is there any new strategies that may come up in the future that may bring in impact and distinctiveness from local to national news?” Klein responded that he “doesn’t know what the future holds,” but he is “hopeful that new journalists will be able to adhere to new strategies in order to embrace impact and distinctiveness.”

Klein ended his panel discussion by telling students interested in journalism to be passionate, trustworthy and professional. “Find five people who do the best type of journalism you want to do and follow them,” he said.