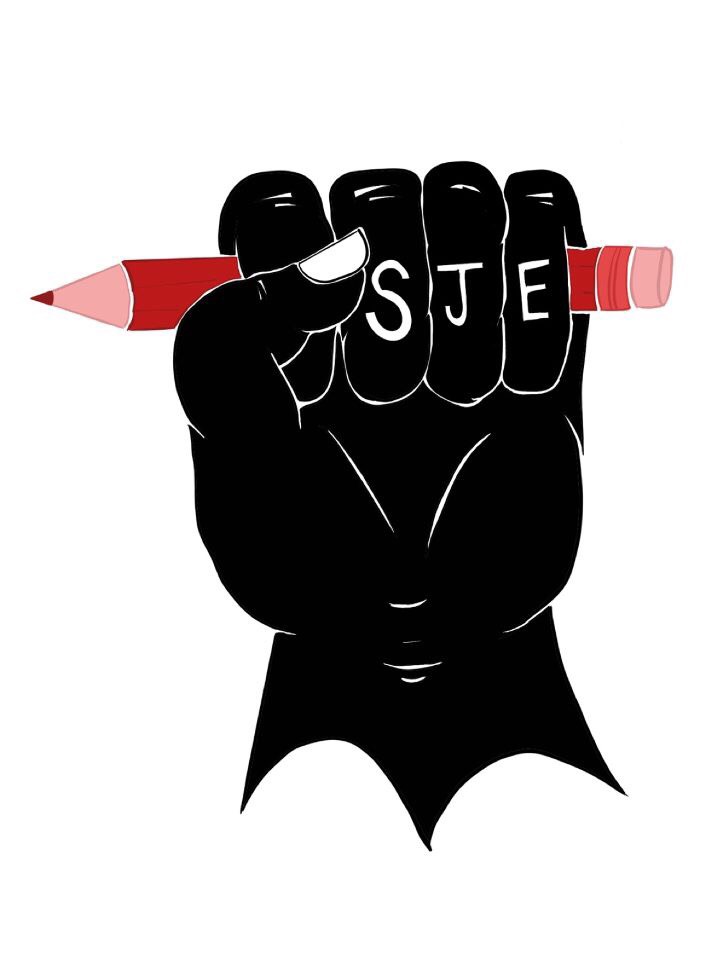 More than 50 students last week called on the University to make a statement condemning a deadly “alt-right” rally in Charlottesville, Va., and on Monday, St. John’s did just that.

LJ Vogel, an incoming senior and leader of the social-justice oriented organization Social Justice Exchange at St. John’s, penned a letter to the university following the events in Charlottesville and President Donald Trump’s subsequent, controversial statements.

In an email Friday, Vogel told the Torch the letter calling on the University to denounce the events was a product of frustration.

“We should all know by now what happened in Charlottesville,” Vogel wrote. “I think it hit a lot of students really hard, especially considering how diverse a campus we are.”

Initially, the letter was meant to voice concern, and be a suggestion for the University. But once Vogel saw friends at other schools getting responses to the events in Charlottesville, their feelings about the situation grew stronger.

“I felt like we needed something stronger than a suggestion. I decided to personally reach out to my peers to get signatures,” Vogel said. “I wanted this to be personal because, for many of us, that rally was. We ended up with around 55 signatures from students, alumni, and faculty.”

In an internal communication sent to the University on Monday morning, President Conrado “Bobby” Gempesaw condemned the events in Charlottesville, and said the University stands against white supremacy, neo-Nazis, discrimination and bigotry.

“Recently, our nation bore witness to the abhorrent acts of hatred in Charlottesville, Virginia. The divisive acts of violence that erupted in Charlottesville are, in a word, evil,” the email from the University said. “We must stand together on the side of good versus evil and unite against any form of racism, anti-Semitism, white supremacy, neo-Nazism, bigotry, and discrimination.”

In a statement to the Torch, Executive Director of University Relations, Brian Browne, said the University had planned on making a statement prior to learning of students’ concerns.

“The decision to write a statement about the horrendous events that place in Charlottesville had already been made before we were made aware of the students’ concerns,” he said.  “However, the process of a drafting a well thought out statement in consultation with the senior leadership of the University takes time and careful consideration in order to convey an inclusive message that reflects the values of St. John’s to the entire University community.”

Since Friday, Vogel said the group has received even more signatures on the letter, and will continue to accept more.

But the signatures didn’t come easily. Vogel said some students didn’t feel the University needed to issue a response. Others supported the message, but said they were afraid of potential consequences. But if people want change to happen, they need to stop worrying about consequences, Vogel said.

“Quiet support doesn’t change policies or extend rights to second-class citizens,” Vogel said. “It allows people to be silent and passive when many of us are being oppressed.”

A photo of the email sent to administrators by the Social Justice Exchange was posted to Instagram. It read, in part, “We are upset because our university has neglected to make a statement concerning Charlottesville. Perhaps this wouldn’t have been an issue if other universities didn’t release statements condemning the actions of racists and fascists across our country — but they did.

Our letter- YOUR letter has been sent. Let's hope they hear us.

Following that post, the group intermittently posted responses to Instagram that they received from administrators. According to an Instagram post, Associate Provost Nancy Kaplan wrote “I can tell you that St. John’s will always do what is right when it comes to standing up for important issues.”

Additionally, the group said Provost Robert Mangione had written back soon after the first email was sent, and he assured SJE that a response was being prepared.

“The response from the administration has been great so far. Dr. Mangione called me just a few minutes after receiving the email and we had a really great talk,” Vogel said. “He wanted to assure me and other students that the university is going to respond and has been working to put something together.”

The statement issued by the school also condemned last week’s terrorist attacks in Barcelona, and it referenced the torch held by the Statue of Liberty, and what it means to the University when it comes to diversity.

“Even before the Statue of Liberty took residence in New York Harbor and before her torch was lit, the lamp of opportunity was already burning brightly in a small wooden building in Brooklyn where St. John’s held its first classes,” it said. “That lamp, now replicated on top of the D’Angelo Center—a building inspired by the Great Hall on Ellis Island—is not only a tribute to our founding, but serves as a perpetual reminder of what our University stands for.”

Vogel said the email is a small, but important, first step.

“My hope is that the students are able to communicate their feelings with the administration openly and that we can work together to get things done,” Vogel said. “This requires listening and probably compromise from both the administration and student body and I think that this letter is a small, but important, first step.”

Vogel added that they felt it was a nice statement, but they wished it had been stronger.

“I would’ve liked information on how they actually plan to combat racism and other forms of discrimination on campus,” they said.

Additionally, the Ozanam Scholars Program issued a response to what happened in Charlottesville, and the director of the program, Carline Bennett sent an email back to Vogel, too.

“Thank you for holding SJU administration accountable for issuing a statement,” Bennett wrote, according to an Instagram post. She said she also forwarded the email to Nada Llewellyn, SJU’s chief diversity officer, and Faculty and Administrators of Change, a group she said was formed “to promote the establishment and maintenance of a campus climate of racial equity and inclusion, particularly in support of the efforts of the Students of Consciousness.”

St. John’s is no stranger to social justice debates. Recently, the University and its student organizations have held several events such as a panel featuring immigrant experts last December and a “Love March.”

In their statement, Vogel addressed this, and said they’d like to speak with the school to discuss what they feel are pressing issues, such as hiring more people of color as faculty, encouraging the mental health center to address issues specific to people of color, or LGBTQ students, and bring more attention to the history of diverse groups.

“We can’t sit back anymore and say that as long as things don’t affect us we don’t want to be involved,” Vogel wrote. “I sent out that letter as an ally, and I think more of the white students on campus need to take notice. We have an important job to do and there is no better time to start than now.”

“They’re our brothers and sisters, our friends, family members, community members, fellow citizens, people who share the very air we breathe,” they said.  “What kind of people are we if we don’t choose to join their fight? Not very good ones, I think.”