Habitat is Happy for the “Habby” Award 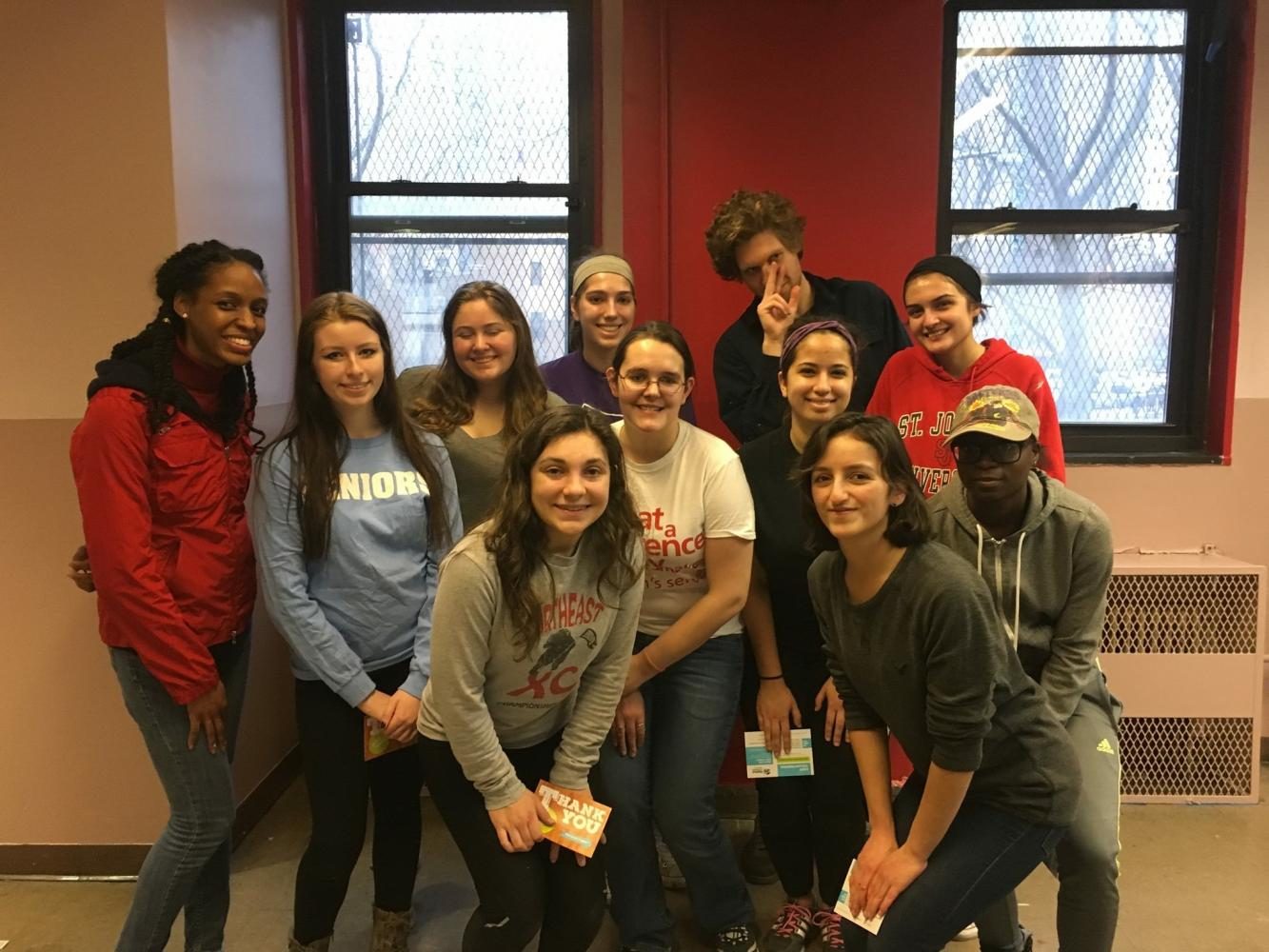 Members of Habitat for Humanity, SJU chapter, at an on site project from last winter.

Habitat NYC, the headquarters of Habitat for Humanity, announced on Aug. 17 that the University’s chapter would receive a Habby Award.

According to Habitat NYC, the Habby Award recognizes “outstanding volunteers for their exceptional service.”

Aitana Ruilova Castro, current president of Habitat, expressed her joy about the news.
“It is very exciting,” Castro said. “Last year I was secretary of Habitat and I worked really hard – hand in hand mostly with our president and our treasurer at that time, Andrew.”
Alongside former president, Reza Moreno, Habitat members network and compete against other colleges and universities.

St. John’s Habitat chapter set goals to fundraise the most money and increase their organizations volunteering opportunities with the help of campus ministry.

“I am still in contact with both last year’s and this year’s President of the St. John’s University Habitat for Humanity Chapter.” O’Keefe said. “These are two of the many students who had a major role in the reception of this award.”

Andrew Keith, senior and public relations director for Habitat, worked closely with Castro and Moreno on the e-board. He is continuing his involvement in the chapter for a second year.
“It’s a great honor to be able to compete with the bigger New York City schools like NYU and Columbia,” Keith said. “For them to honor us, it’s a great achievement for St. John’s.”

Hunter College, Queens College, Fordham University, and LIU Brooklyn are among the long list of competitors.

Last year, the St. John’s chapter brought new events to campus that involved more collaboration. St. John’s Student Government Inc. honored them with the SGI Award in recognition of it.

Events that the organization is known to host include art nights, haunted houses and “Shack-a-Thon” on the Great Lawn.

“We doubled our fundraising from the year before, we had a lot of service hours…” Keith added. “They [Habitat NYC] said our community outreach was a success.”

“We were also able to surpass what we usually donate to Habitat NYC,” Castro said. “We made $3,500 in a year, which is the most we’ve ever had and we’re also the number one chapter in advocacy, which was my job.”

All members of Habitat for Humanity are driven by a shared passion for the work they contribute to the organization.

“We believe in basic human dignity…a healthy and safe place to live for those that are less fortunate,” Keith said. “We believe that everyone deserves the chance to have a house.”

As former president, Moreno emphasized that being in Queens provided more of an advantage in getting the community together and that the e-board operated well.

“All of our passions were for Habitat,” Moreno said.

Habitat NYC annually honors the best chapter at their Gala.

On Oct. 17, Castro, Keith and Moreno, among others, will represent St. John’s University for their efforts.

Castro would like to see her chapter receive the award again next year as well.