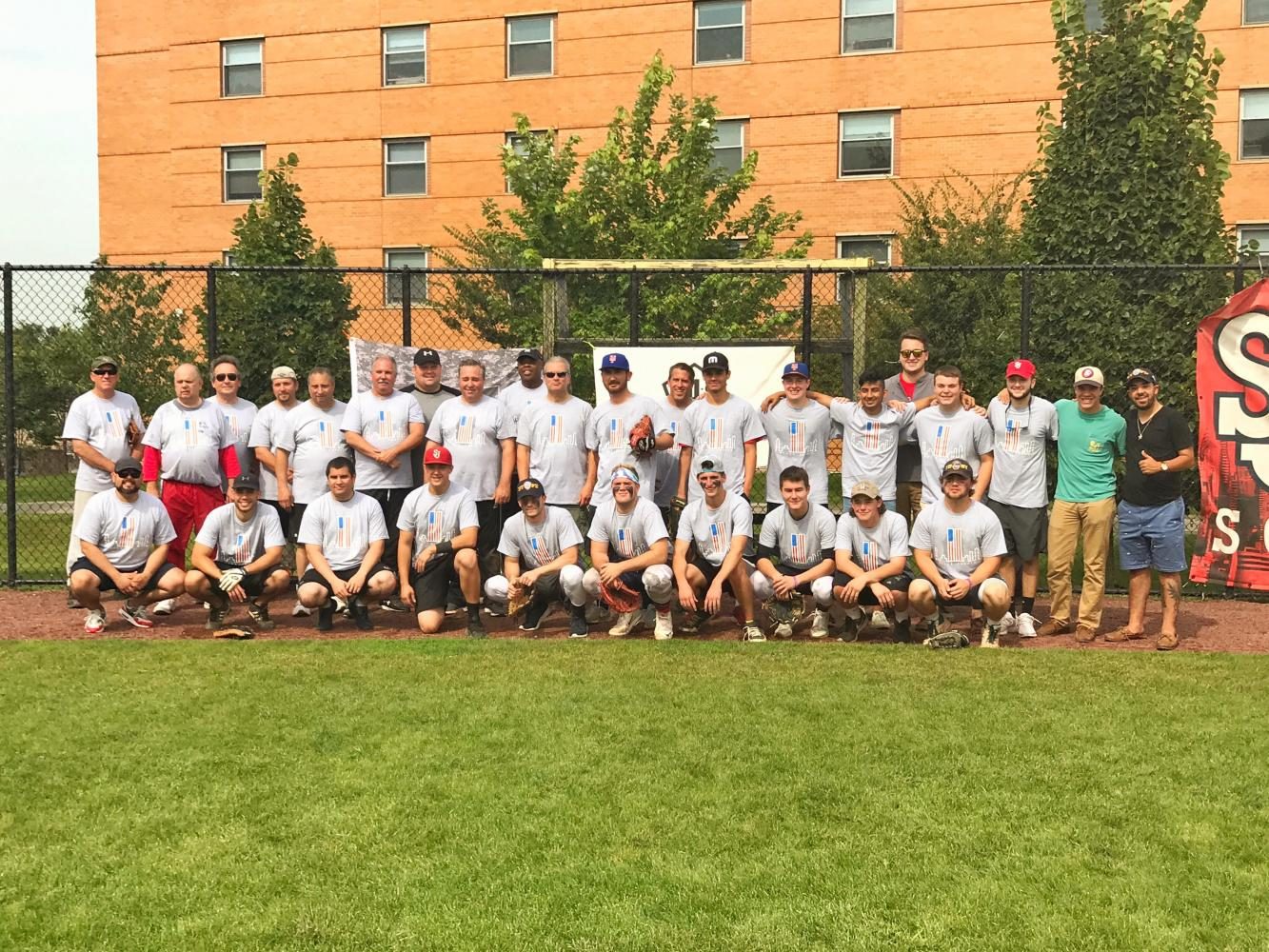 Public Safety and the members of Sigma Pi enjoyed a game of softball on the Red Storm Field.

The members of the Sigma Pi-Iota Tau fraternity spent Tuesday, Sept. 12 remembering the events of the Sept. 11, 2001 terror attack with a softball game against Public Safety at the Red Storm Field followed by a pig roast on the Great Lawn.

The softball game is a new tradition in its second year for the fraternity, which began with an opening ceremony that included the starting lineups, a moment of silence followed by the National Anthem and concluded with Associate Dean of Student Engagement, Mary Pelkowski, and Executive Director of Public Safety, Denise Vencak, throwing out the first pitch.

Public Safety couldn’t hold onto their winning record from last year and lost to Iota-Tau 19-3. But junior and member of the fraternity, William Harris, said the game isn’t about who wins.

“Most of these officers are retired cops so it just made sense to honor them and the rest of the first responders with a softball game,” Harris said. “My father is a firefighter who was a first responder during 9/11. I can’t imagine what kind of horrors he saw that day but I’m thankful that he wasn’t taken from me that day. This is for him and all first responders who sacrificed and risked their lives in order to save others.”

Dominick Pintavalle, junior and president of Iota-Tau said that it’s important for the fraternity to hold events in memory of 9/11 because they are the only Sigma Pi chapter in New York City. He added that Public Safety “asked us to meet up and play throughout the year. It is something they really look forward to every year.”

The pig roast for all participants occurred later in the day.

George Mattheos, a junior from the fraternity, said, “We raised more money in each event than we ever have before, but even more so we have made some fantastic memories, not just amongst our brothers, but for all of those involved in the events from this past week.”

The money raised from the softball game, and Memorial Stair Climb from Sept. 7, totaled in at $2,100 and is going to the Steven Siller Foundation while the $500 raised from the pig roast goes to their National Educational Foundation to go towards scholarships for their members.