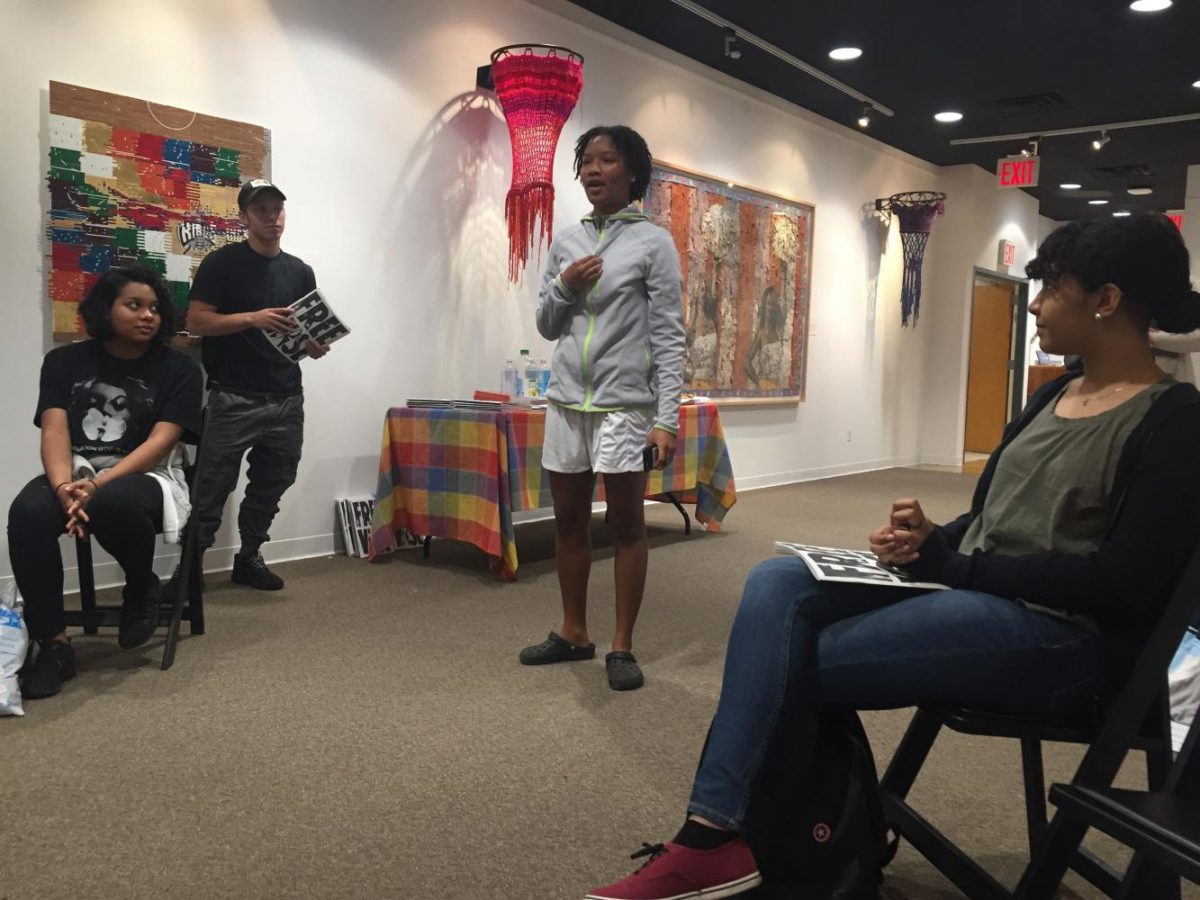 On Friday, Sept. 22, the Poetry for Shelter and Social Justice Event took place in the Sun Yet Sen Art Gallery. As crowds of students shuffled in throughout the day they were introduced to the inspiring “Free Verse” family—a diverse group brought together by various stories of adversity, but united by their ability to convey that through poetry.

Dave Johnson, the event organizer and poet-in-residence at the Department of Probation “NeON center” in the Bronx, says that the primary purpose of the event was to make a connection between the “Free Verse” Program and the St. John’s Community. 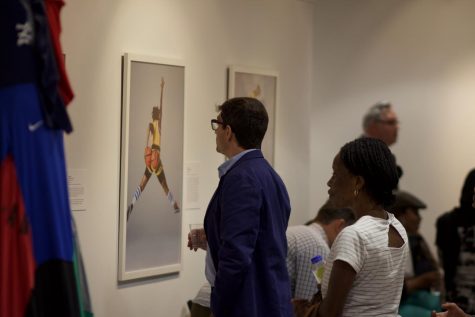 “‘Free Verse’ is a poetry program that runs in the New York City Department of Probation waiting rooms. In those waiting rooms, we offer a poetry workshop while people wait for their probation officers. We have both clients of the system, and their officers, and their community all working together to write poems. The program today is connecting with the St. John’s community and looking to get more of our young people involved [in ‘Free Verse’ and the arts],” Johnson explained.

The event featured “Free Verse” poets George Warwick, Jolene Gomez, Nicole Goodwin and Sherese Francis, each reciting original poetry that resonated with a myriad of social justice themes. From race issues, to immigration, to PTSD, the “Free Verse” poets offered a variety of perspectives for the attending students.

When asked how “Free Verse” ties into the theme of shelter, Johnson said, “We were finding that a consistent number of our clients were also living in shelters. They would go back and forth between the shelter and reporting [to the department of probation]. So, that’s really where we got involved in that. We want to talk about how to move beyond that system and using literacy as a way to move forward.” 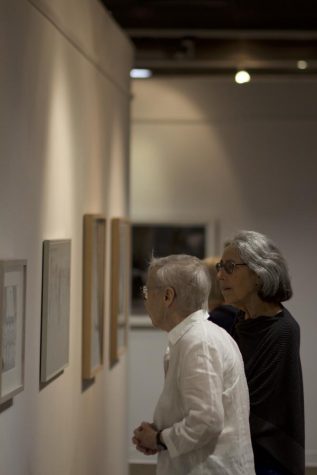 Nicole Goodwin, a poet, war veteran and proud author of the book “Warcries,” attested to the struggle of living in the shelter system. Goodwin was a part of the first wave of veterans who returned from the war in Iraq and found themselves in the shelter system. She faced homelessness with her 10-month-old daughter, couch surfing whilst fighting to overcome the trauma of the war. When Goodwin first arrived at the department of probation with a friend to check out the “Free Verse” program, she was lucky enough to have “a space” to live.

Goodwin’s fellow “Free Verse” poet George Warwick was sure to tell everyone to check out her book “Warcries” on Amazon. The book is a collection of poetry detailing her experiences during and after the war. Goodwin was able to recite a number of poems from “Warcries,” choosing a new one for each group of students that arrived. Goodwin’s words, ripe with raw emotions of sadness and disgust for the war and the events she witnessed is an ineffable experience at best.

Performances like Goodwin’s echoing throughout the Sun Yat Sen Art Gallery, commanding rapt attention from the audience, inspired many students to follow suit and share their own poetry, many of which dealt with similar themes of hardship.

When Freshman Niemah Brown stood before the circle of poets and students, her powerful voice emanating with rhythmic passion was both surprising and impressive:

“We got beautiful sistas disrespectful mistas

Play or get played

He loves you then he hates you

“My art class was supposed to show up,” Brown explained. “My teacher never came, but I stayed because I started talking to [one of the “Free Verse” poets], and I wanted to sit in on this.”

Similarly, sophomore Andreina Rodriguez also felt compelled to stay at the event because of her interest in poetry. “It was really well-performed. I’m a sophomore now, last year I didn’t get to experience as much as I could have, so I wanted to see how much I could do. I came across this and I was really interested because I love poetry, writing, and liberal arts in general,” Rodriguez said.

Rodriguez and Brown’s testimonies seemed to match the rest of the students as more and more of them stood up and gave a voice to their feelings of social justice.

The “Free Verse” Magazine was given to students attending the event, and Johnson and his close-knit family of poets encouraged any students who have poetry they’d like to submit to the magazine or who’d like to get involved in the program at the Department of Probation, to email [email protected].