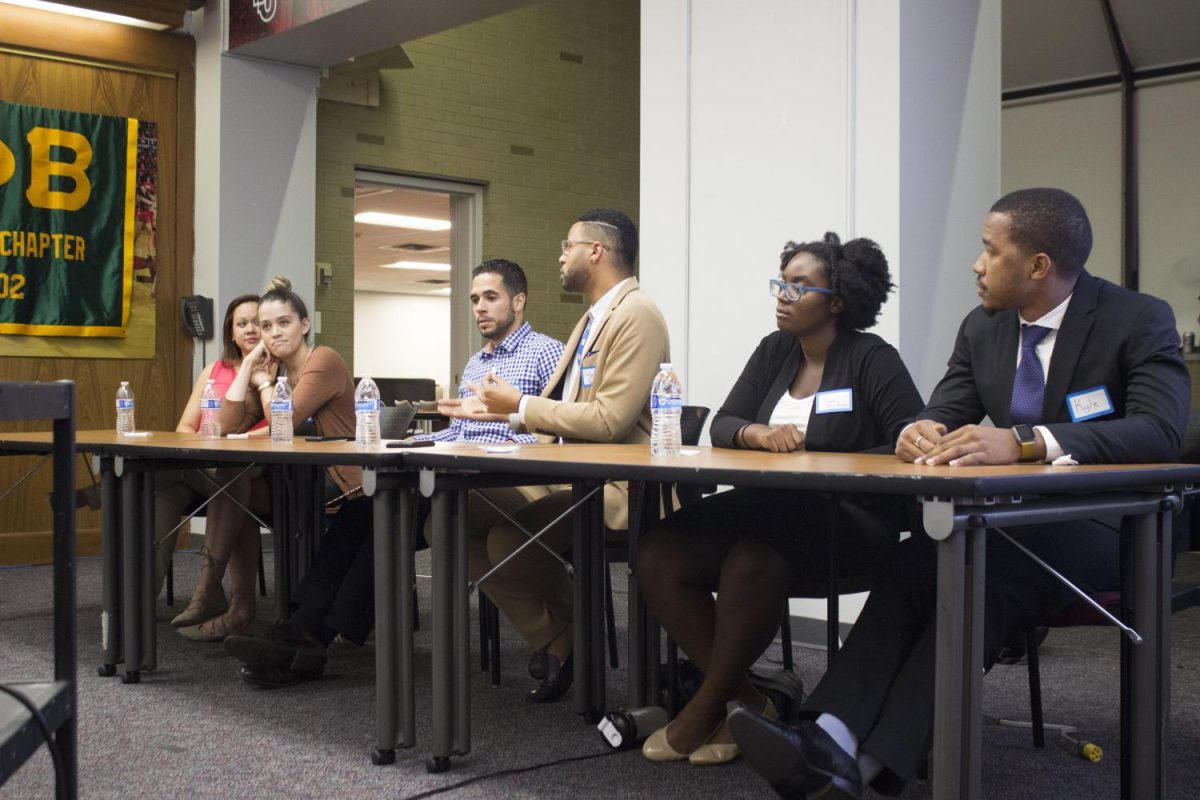 Panelists speak at the Mothers of Color event.

Latino Heritage Month has hosted multiple cultural events and lively discussions that involve St. John’s students, but the “Mothers of Color” event centered on the more sensitive topic of growing up with black and Hispanic mothers.

The room became filled with people around 6:30 p.m., ready to hear from a table of panelists. Alumni of Lambda Upsilon Lambda Ed Sanchez and Sebastian Bullock, alumni of Omega Phi Beta, Angeli Reyes and Elizabeth Cano, and current members of Haraya, Obono Mba-Madja and Kyle Alvarez, shared their stories on the panel.

There was a slideshow of questions, including, “What are some roles of women?” and “if you had a single mother, how did that affect you?” There was also a discussion on the word “machismo” which is a hypermasculine identity found in some cultures. The panelists all answered and gave advice to any students who had questions. They also showed a video from BuzzFeed called “Things Black Moms Say,” with clichés that had the room laughing.

“It was really nice to give back to the chapter… I get to come back home and see a banner that we worked so hard to get with our letters on it,” Reyes said. She chartered the Beta Alpha chapter of Omega Phi Beta in 2002, and still keeps in contact with the current members.

Most of the discussion, though, was among the students in the crowd who volunteered to talk about their mothers and answer questions from host Edison Henriquez.

“To be honest, I didn’t expect all these people to be here. I expected everyone to walk away with something. Even if one person called their mom, that’s something I would really appreciate,” Henriquez said. As president of Lambda Upsilon Lambda, he came up with the idea for “Mothers of Color” to highlight the objectification of women.

Afterwards, tables were set up where students could make craft certificates and cards for their mothers, similar to an elementary school Mother’s Day gift. The panelists also received certificates for their participation. Henriquez saw it as a great kickoff to the fraternity’s events for the year, especially since a few students were later seen outside of Carnesecca Arena Facetiming with their mothers. 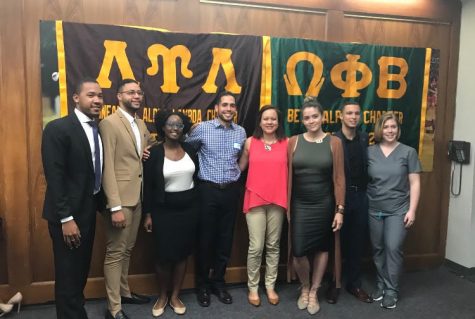