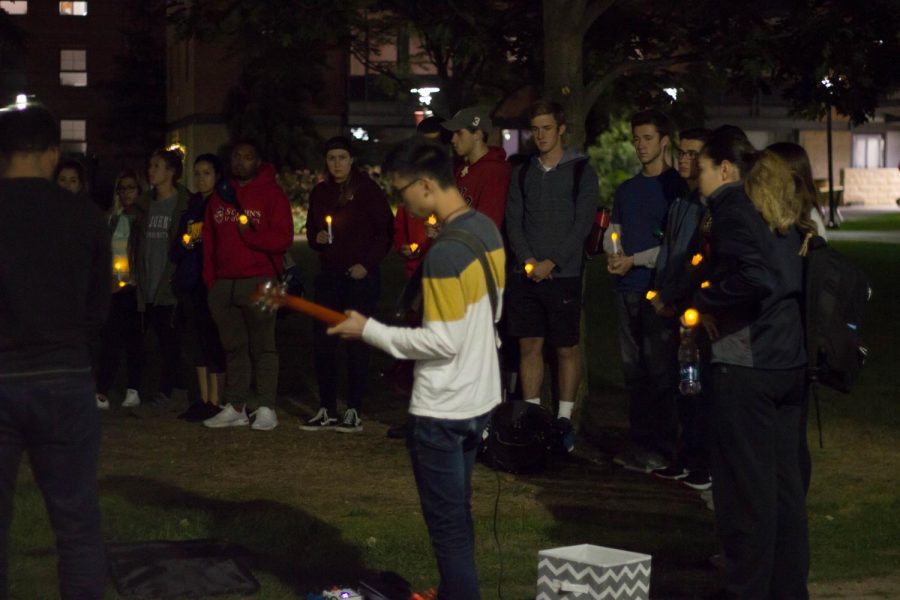 The St. John’s community gathered on the Freshman Lawn in front of DaSilva and Hollis Halls Monday, Oct. 2 to pray for recent tragedies in the world with a candlelight vigil.

Resident Minister in DaSilva Hall Ansel Augustine D. Min said in an email the 40-50 people in attendance prayed for recent natural disasters such as hurricanes, floods and earthquakes as well as the Las Vegas mass shooting.

“We united as a St. John’s University to support one another and also, not only lift up those that were affected, but to also lift up those who were doing the hard work of supporting those who are trying to rebuild since there are several St. John’s groups doing outreach to those affected,” Augustine said.