Supporting the ‘Local Mercado’ at SJU 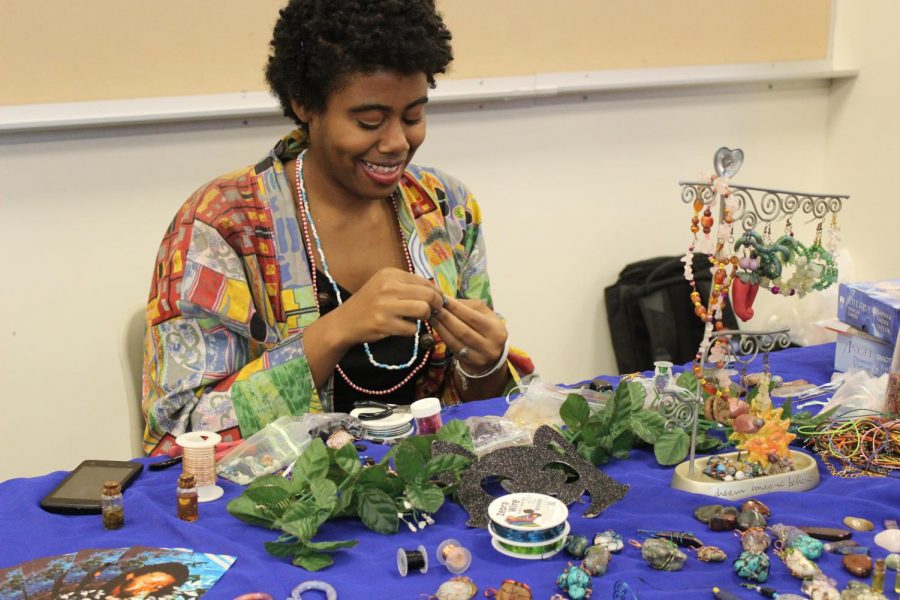 Shirts, bags, jewelry and posters were just some of the items up for sale at LASO's event.

The event was the organization’s very own version of a street fair, similar to what one would stumble across wandering the streets of a Latin American country, but with a slightly informative incentive. Although the cobblestone streets were missing from Room 128 in the D’Angelo Center, the “market” sentiment was alive and well.

The tables that lined the walls of the room were full of food, artwork, clothing and many other items available for purchase certainly provided that “mercado libre”  or “free market” feel for students.

The smell of Latin sweets such as Conchas and Arroz Con Leche were just some of the aromas that perhaps provided that feeling of “home” for Mora.

Attendees interested in learning about Latin heritage and supporting local artists engaged in conversation with the craftsmen and members of LASO to further their understanding of the event.

“It’s a brand new cultural experience for me so I’m just kind of taking it all in,” senior Andre Varnado Jr. said as salsa music blared in the background.

“I love [being] able to support local artists in this way,” senior Diamari Velez added.

“You see their stuff on Instagram… So it’s cool that everyone is here and we get to do this and support them,” Velez said.

Posters, earrings, necklaces and decorative pins were just some of the items sold by local artists and craftsmen, who did not hesitate to inform and engage with attendees.

The Mujeristas Collective was also present to sell their zines, and advocating for women of color to express themselves by purchasing their “pu*a” pins as well as other items.

In addition to the tables run by local artists, LASO was vending hats, stickers and shirts. LASO Treasurer Melissa Lozano said half of the proceeds generated from the Mercado event will aid those in Puerto Rico affected by Hurricane Maria.

“This is part of a larger effort that we’re having, we’ll be having other fundraisers over this year to help fund Puerto Rico,” Lozano said.