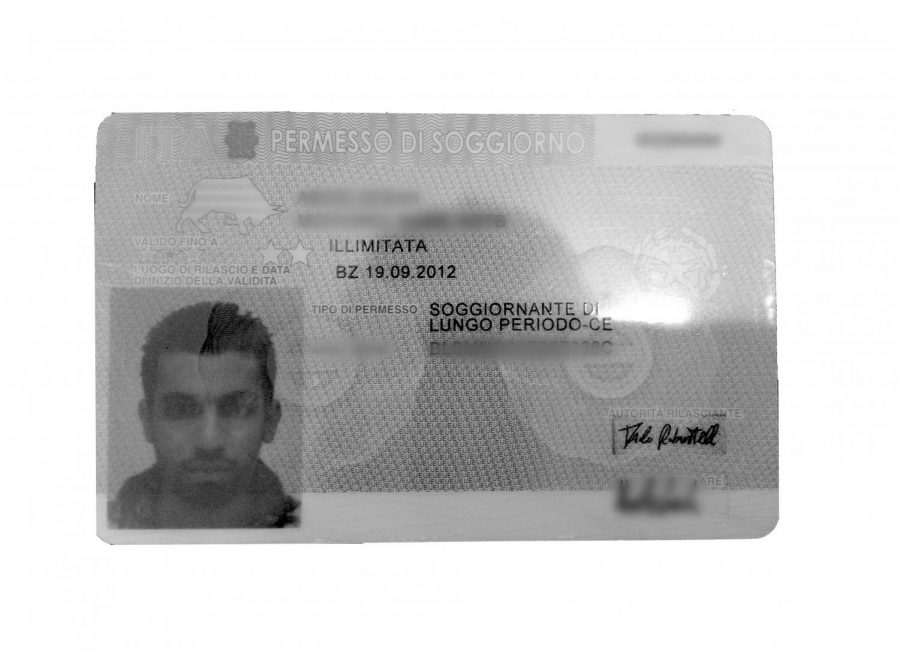 Example of the permit - not an SJU student.

The University says it has advised students who are studying abroad in Italy to be cautious about travel within the European Union after the first 90 days of the program if they do not have an official permit to stay.

The Italy-issued permit in question is called the Permesso di Soggiorno (PdS), which all students participating in semester-long study abroad programs in Italy are required to obtain. But according to three students overseas, who spoke to the Torch on the condition of anonymity, the current class was not advised on obtaining this document. In response, the University said the time to process the documents can be extremely long, students sometimes don’t receive the permit until after the semester is over — and it often hasn’t been needed to travel outside Italy, anyway.

“In recognition of this timing issue, European authorities have been nearly universally flexible in their approach to the permit,” Matthew Pucciarelli, associate provost of Global Studies, told the Torch in a statement. “In fact, travel throughout Europe had been trouble-free for the tens of thousands of U.S. students who study in Italy each year, even when that travel took place after the initial 90 day period had elapsed.”

One of the students who’s currently abroad told the Torch the class was told in September that the process of getting the card takes too long, and that they’d be back in America by the time it was processed.

“Back in August we were brought to the post office to make fingerprinting appointments and get receipts. These receipts are only good for 90 days and we were sent an email being told this information for the first time about a week ago,” the student said.

All three students said they received an email from their residence director about the issue on Oct. 12. The email, obtained by the Torch, told students that they “must” apply for a PdS within eight days after they arrive in Italy. Students can travel freely with the receipt for the card in their first 90 days of study. But after the 90th day, students need the official card — or risk consequences such as, according to the university, including expulsion “from another E.U. country or be denied re-entry into Italy.”

“They told us not to worry because ‘it’s rare’ and ‘typically only common within northern countries’,” one of the students in Rome said, adding later on, “They also told us it would be rare that someone could stop us on the street and ask us for our passports, and they have already done that.”

The University was compelled to raise this issue with students in an email this month in response to advisement from the American Association of College and University Programs in Italy (AACUPI). According to Pucciarelli, AACUPI held a member meeting on Oct. 7 in which the group’s attorney told them that about 10 U.S. students in the past two years were questioned by immigration officials at national borders.

In Pucciarelli’s statement, he wrote of those instances, “Those officials were less flexible in accepting travel within Europe without a permit (beyond the initial 90 days) and the potential consequences of travel without a permit, though rarely enforced, can be severe: in the worst case, a student could be expelled from another E.U. country or be denied re-entry into Italy.”

Therefore, the AACUPI advised — and Pucciarielli said the University agreed — schools to make their students aware of the concern driven by the situation, “even though the chances of an issue remain very low.”

Despite that attempt at reassurance, the students who spoke with The Torch say students there have taken issue with learning now that a possibility exists of being sent home because they don’t have proper documentation.

“We asked how we would finish school if we were to be deported, and they said that they would just “Skype us to finish classes,” one student said.

Another of the students voiced concern about traveling to Spain. Typically, students travel to other European nations while abroad.

“Also many students that planned trips now including myself and three others are caught not knowing what to do as we have booked flights to Spain and been told by an administrator that there is a risk but it will probably be okay and acted as [if] being deported and missing the rest of the semester was no big deal,” the student said.

Additionally, the same student alluded to the mention of being Skyped for class if students were expelled from the country.

“I just don’t see how any administrator is going to advocate for that type of risk,” they said.

In his statement to the Torch, Pucciarelli said the University followed up on its Oct. 12 email regarding the PdS to answer students’ questions during an Oct. 17 meeting. Students who were present told the Torch that they were presented with what was essentially the same information provided in the email.

However, the same student who discussed a trip to Spain said they weren’t as concerned about their travel following the meeting.

“Everyone is still going to travel. Nobody really cares about it anymore,” the student said.

Pucciarelli added the University will use this experience to help students prepare for travel abroad with the stricter enforcement restrictions in mind.

“We have made clear that travel within Italy presents no new risks, so we encourage students to explore the country during their final weeks of the program,” he said.

The PdS requirement does not stand for the Discover the World program because those students are only in each of the three DTW countries for five-week stretches and don’t need a visa if they are a U.S. citizen.