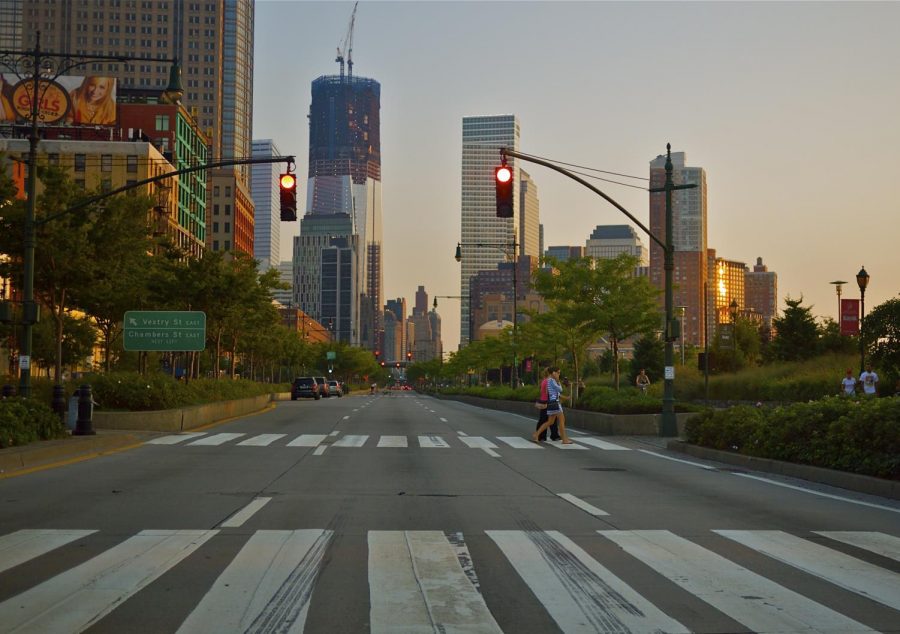 Lower Manhattan was the scene of what officials are calling the deadliest terrorist attack in New York City since Sept. 11, 2001 as eight people were killed and 11 were injured last Tuesday, Oct. 31 after a pickup truck rammed into pedestrians along a West Side Highway bike path.

One victim was from Manhattan, one from New Jersey, one from Belgium and five were Argentine tourists who traveled to New York for a 30-year high school reunion celebration.

That Tuesday many St. John’s students were in Manhattan for work and internships or to celebrate Halloween at Greenwich Village’s annual Halloween Parade.

Senior Corina Harley said she was in shock after hearing of the incident and that she “couldn’t believe that this happened in the quiet TriBeCa neighborhood [she’s] worked in for the past eight months.”

Harley said she heard the rampage unfold from her West Broadway office.

“These weren’t your regular NYC day to day sirens it sounded like hundreds of cop cars coming down the street,” she said. “As I went to the door to see what was going on my phone rang and it was my boss telling me to say inside because there was a shooting about two blocks over by the Chambers train station.”

Original reports claimed the event was a shooting, leading many to believe this was a case of a mass shooting. Although Harley believes any place or city can be a target for violence, she admits to being a bit more cautious since the attack.

“There was an extra eerie feeling since it was Halloween,” Harley said. “You would expect to see trick or treaters out, people out on the streets — but it was unsettlingly quiet. A car honked and I jumped, which for a New Yorker definitely isn’t a normal response.”

The chaos ended when Sayfullo Saipov, a New Jersey truck driver originally from Uzbekistan, crashed into a school bus, jumped out of his truck and ran up the highway waving a pellet gun and paintball gun and shouting “Allahu akbar,” meaning “God is great” in Arabic. He was then shot in the abdomen by Officer Ryan Nash and was taken to Bellevue Hospital Center in critical condition, according to police.

Mayor Bill de Blasio called this a terrorist attack at a news conference while Governor Andrew Cuomo said, “There’s no evidence that suggests a wider plot or a wider scheme.”

According to the New York Times, police officials said that investigators discovered handwritten notes in Arabic near the truck that indicated allegiance to the Islamic State.

Senior Natalie Chacon works two blocks away from the World Trade Center in the Financial District and said she fears for her safety at the thought of incidents like this.

“I kept getting news notifications about an attack but I didn’t acknowledge it because I was working and I didn’t think the attack was serious because all the headlines said ‘suspect caught by police’— nothing about deaths yet. When I overheard chatter about people worrying in the office, that’s when I started to worry,” Chacon said.

Chacon believes her strong belief in faith and her gut helped keep her safe that afternoon. She was walking back from her lunch break and had the urge to go back inside to her office rather than stay out a few extra minutes and enjoy the city like she usually does.

“When I got back inside that’s when the attack happened. So I’m glad I trusted that gut feeling to come inside,” she said.

St. John’s Assistant Professor of Criminal Justice, Legal Studies and Homeland Security Richard Frankel, J.D. discussed safety precautions for concerts and sporting events in the Torch’s story on the Las Vegas shooting last month. In an interview last Friday he explained what to look out for in the case of an outside emergency situation. He puts it simply— just be aware.

“You know law enforcement officers and agents, people who are military types we become more accustomed to looking around being aware. That is not saying that by being more aware would’ve saved those individuals, you’re probably more agile in the sense you’re ready to move if you see someone coming at you,” Frankel said. “Headphones, texting, zoned out down the street, you don’t have awareness. However while you’re walking keep your head up, pay attention. You might see the truck you could jump out of the way, there might have been things they could do.”

Frankel, who also is a law enforcement commentator for ABC News put an emphasis on not letting fear stop people from living their lives. “Just like the subway says, if you see something say something. You can’t be afraid,” he said.

Benjamin Achilles, a senior, followed that way of thinking and went into the city that night for the Halloween Parade despite some of his friends’ said protests.

“I felt fine going to the city, everyone seemed normal,” he said. “But one thing was that no one was stupid enough thankfully to carry a fake gun for a costume. No cowboys, no soldiers.”

“I understand that living here it is a target for people who fantasize about mass killings and I’m living here understanding that risk. Achilles added that “the likelihood of that happening is much less” than almost any other crime imaginable.

Harley said, “Yes, it’s scary and I worry— but I have to live my life, right?”