A Glance at NYC’s Local Elections

Last Tuesday only 22 percent of registered voters in New York City turned out to vote in local elections that yielded pretty unsurprising results — for the most part. “These local, municipal elections, they’re very important — critically important,” Brian Browne, Assistant Vice President for Government Relations at St. John’s, said, speaking about the low voter turnout. “This is the level of government that’s closest to the people and you would think people would most identify with it.”

This week, the Torch is taking a look at the results of some local races that could be of interest to SJU students. 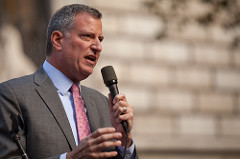 PHOTO/FLICKR COMMONS/KEVIN CASE
Mayor Bill de Blasio easily won reelection last week in New York City’s mayoral race, defeating his main opponent, Republican Assemblywoman Nicole Malliotakis.  “It wasn’t a competitive election so I think that kept people home,” Browne said.  “The Republican was underfunded; she was not a household name, and de Blasio cruised.” Browne added that much of de Blasio’s reelection campaign was run on advocacy against Trump, and that he “effectively nationalized the local election.” Some issues de Blasio will have to work on as he enters his second term include public transit, homelessness and affordable housing. 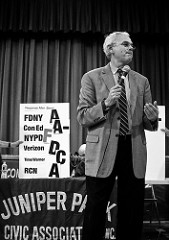 PHOTO/FLICKR COMMONS/JAMES MCDOWELL
Community activist Robert (Bob) Holden continues to cling to a small lead over incumbent Councilwoman Elizabeth Crowley. Crowley has yet to concede the race, as absentee ballots are still being tallied. Holden, a registered Democrat, ran on the GOP line. The race was for the 30th District City Council seat which covers the areas of Maspeth, Middle Village, Glendale, Ridgewood, Woodhaven and Woodside. Calling it the biggest shock of Tuesday’s election night in the area, Browne said, “I didn’t see that coming because he had lost…He had done poorly in the Democratic primary, and then two months later he wins as a Republican.” He said the race is an example of how important people’s’ votes truly are. Crowley is the cousin of Queens Congressman Joe Crowley. 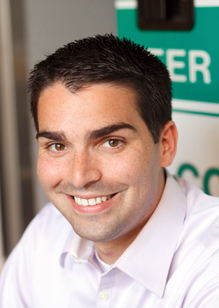 PHOTO/NYC COUNCIL
Ozone Park Councilman Eric Ulrich beat out his opponent, Mike Scala, a Democrat, last week with 65.7 percent of the vote in the District 32 council race, according to the Queens Chronicle.  “Tonight was a tremendous win,” Ulrich said, according to the Chronicle. “Not just for myself but for this community and for this district that came out in overwhelming numbers.” The win, though not surprising, was interesting nonetheless as Democrats across the country claimed victory in several local races. He’s part of the Committee on Housing and Buildings, as well as the Committee on Environmental Protection, according to the City Council website. 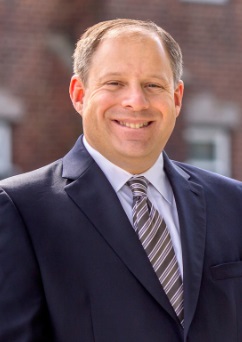 PHOTO/NYC COUNCIL
Councilman Rory Lancman, whose office is located just a few blocks from the St. John’s Queens campus, won 88.3 percent of the vote for the 24th District, the Queens Chronicle reported. Lancman represents the Fresh Meadows, Jamaica, Hillcrest and Kew Gardens Hills areas, according to the City Council website. Some of the committees he serves on include the Committee on Juvenile Justice, the Committee on Public Safety and the Committee on Oversight and Investigation.

The statewide constitutional convention, branded “con-con” throughout election season, was largely defeated by voters in New York State. The convention would have given New York the opportunity to revisit the state constitution, and could have addressed a number of issues, including early voting and redistricting, Politico NY reported.  “The referendum is a remnant of Thomas Jefferson’s notion that living generations shouldn’t be beholden to their predecessors’ ideas of good government,” Politico wrote. The debate over the constitutional convention was largely characterized by concerns over money, and issues like gun laws and pensions; still, it was heavily defeated.  “I really think that this was a major missed opportunity,” Gerald Benjamin, an advocate for the convention, told the Gotham Gazette.