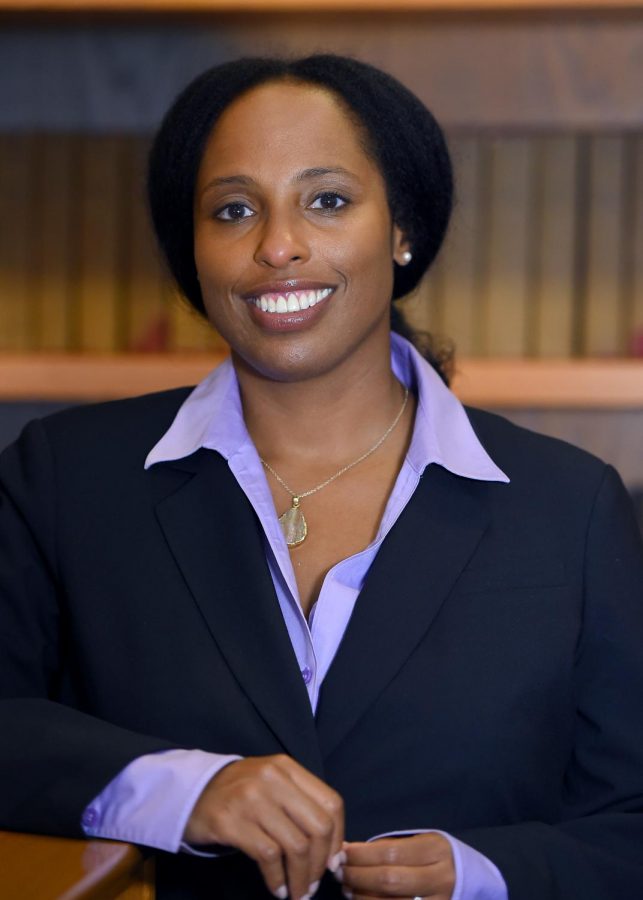 Llewellyn, the Chief Diversity Officer, has worked at SJU since 2005.

That’s why when the “need” arose for a Chief Diversity Officer at St. John’s, she was promoted to that role, along with Associate Vice-President of Human Resources in 2016.

“When Dr. Gempesaw first came he had the idea that he wanted to focus on diversity and inclusivity issues and early on in his presidency, he had meetings with student leaders and faculty leaders that really reaffirmed that that was a need.”

Along with Dr. Manouchkathe Cassagnol, a professor of Clinical Health Professions at St. John’s, Llewellyn co-chairs the SJU Task Force on Diversity and Inclusion. The committee, formed by the president and provost held its first meeting last November, she said. The group is comprised of faculty, administrators, staff and students, and is tasked with four different charges:

ensure that training for staff and administrators and professional development for faculty is sufficiently robust in the diversity, equity and inclusivity space,
come up with the best recommendations for St. John’s to recruit and retain faculty from historically underrepresented groups,
incorporate DEI into curricula,
partner with Student Affairs in creating a more inclusive campus climate.

What that might look like, Llewellyn said, is deciding the best types of training to offer, who delivers it and how it is delivered. It could also be reaching out to Student Government Inc. (SGI) or other organizations to understand different needs, and figuring out how they can be addressed.

All of this relates back to Llewellyn’s larger role as the Chief Diversity Officer. And in a nutshell, “What that looks like from day-to -day can vary,” she said.

There are two students who sit on the Diversity Task Force, according to Llewellyn, but students are also involved in several of the group’s subcommittees, especially members of SGI. One such subcommittee is the lecture series committee.

Additionally, Llewellyn added that she recently spoke with the University’s Pan-African Student Coalition, Haraya and Students of Consciousness, and will be developing a mostly student-based subcommittee on “creating an inclusive campus climate.”

“We have students really working to identify issues and formulate together — partnering together — to formulate the best strategies to address them,” she said.

To form the committee, Llewellyn said they’ll likely reach out to the entire student body and solicit applications — but the process isn’t set in stone yet.

“We want to make sure we’re getting a good cross section of all St. John’s students,” she added, “But we also want to make it small enough so that it’s functional and people feel accountable to actually show up and do the work.”

Llewellyn stressed that everything she’s worked on or is working on has been a collaboration between her, students, faculty and administration at the University.

“This is not just my work, or even just the task force work. I think what we’re really seeing now is kind of a collective effort of individuals across the University community,” she said.

During her interview, Llewellyn said St. John’s is working on the Diversity, Equity and Inclusivity certificate program for faculty, staff and administrators to become “University Inclusion Practitioners.”

In that role, they’ll be responsible for looking at the practices and policies of their own departments to figure out whether people are being excluded, and how that can be changed.

Separately, the University is working on an academic center for equity and inclusion. The pillars of the center are:

“It’s really a portal for faculty to enhance their ability to infuse DEI themes into curricular content and pedagogical practices so that we can meet the needs of a diverse student body,” she said.

While these are just a few of the initiatives currently being worked on throughout the University, Llewellyn said she believes a lot of change is taking place.

“It’s really coming from the top down and then from the bottom up, so I feel like it’s institutional change that we’re working to create,” she said.