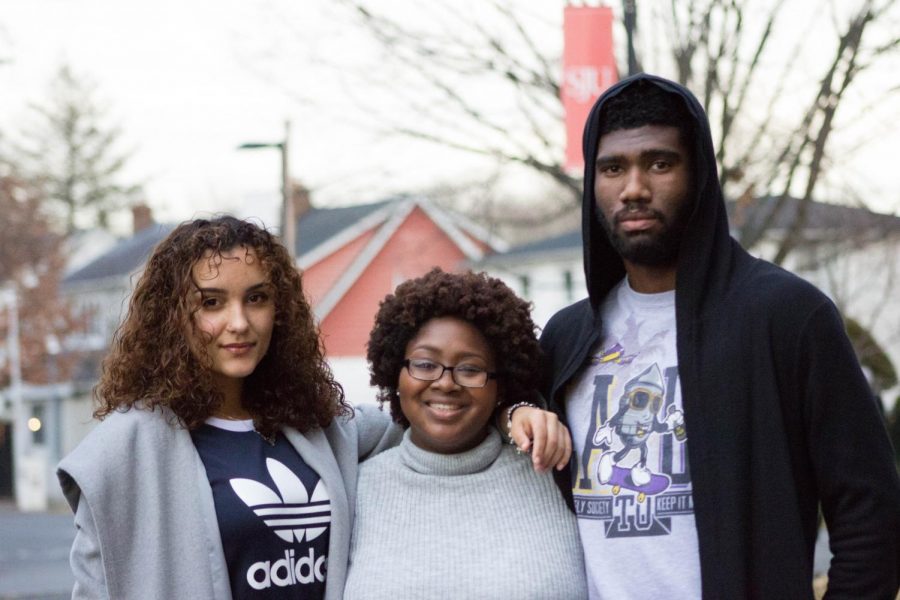 Meet the Queens campus’ new Black Student Union. The student-run group, which will meet for the first time on Feb. 1, says its goals include unity, education, impact, truth and justice.

Talk of the new group began over winter break with the creation of the BSU’s Instagram page @sj.bsu, which had 60 followers as of Jan. 23. The creation of the group comes on the heels of a wave of criticism that Haraya, the Pan African Student Coalition, neglected its relationship with black students during its annual Black Solidarity Day in November.

However, the president of the new BSU, Mercedes Hancock, said the creation of the group is not in response to any specific event on campus. She said it is simply the right time for black students to have their own group for representation on campus.

“I personally think BSUs are incredibly important for black students and the fact that St. John’s Queens campus doesn’t have one is kind of baffling to me,” Hancock, a junior, said.

Hancock said growing up she was always told she was black, not African American, and that she does not see herself as having a significant connection to Africa. She served as vice-president of her high school’s BSU and said she credits that experience to developing her strong sense of pride.

She shared some of the group’s proposed goals, which include:

To create solidarity in their Black culture;
Enhance community and cultural appreciation;
Fortify the social and educational interaction among the black community and other communities including students, staff, faculty and alumni.

Hancock and Co-Public Relations Chair of the BSU, Daniel Haynes, emphasized that the group will be open to all black experiences.

“There isn’t just one black reality, there’s multiple black realities,” Hancock said. “We need to explore this together as a family, as a group, as a coalition almost.”

Haynes, who is an international student from Guyana, added, “Being black in America, you see Caribbean people aren’t really identified as black Americans — we’re identified as Caribbean Americans.”

Hancock and Haynes hope to collaborate with other organizations — cultural and non-cultural — to grow the group’s student involvement.

In response, the Latin American Student Association (LASO) told the Torch in a statement, “LASO is always open to collaborating with any organization. We have made it one of our missions to be a space for all Latinos and we love that it’s one of the BSU’s goals to provide more space where black Latinos can express themselves and be represented because they are often forgotten.”

A handful of other cultural organizations on campus, including Haraya, did not respond to messages from the Torch seeking comment.

Students who spoke out following the controversy surrounding the Black Solidarity Day event expressed optimism about the new BSU’s potential.

“I’m happy that there’s now a group on campus who calls themselves a Black Student Union,” junior Wyett Woodbury said. “I feel as though that our issues within the community can be addressed better now that we have a group of people who are on the same page.”

Dana Carroll, a junior who also spoke out in November about her disappointment following the Haraya event, said she’s thankful that students have formed a BSU.

“It’s nice to know that when we voiced our concerns last semester we were heard and that changes are going to be made,” she said. “I’m just excited to see what’s in store for this new organization and hopefully every black student will feel welcome to join and share ideas. And their president posted [on Instagram] saying, ‘our community includes you, and change begins with you’ which I like a lot.”

Haynes said the group intends to address ideas of what is expected of a black American today — or what it means being black in America. Haynes and Hancock hope their efforts go a long way in eliminating what they say is a tense social climate among students on campus.

“When you’re on campus it’s a different feeling from different groups. I think of it like clans,” Haynes said. “People kind of stay within their own groups. You find it hard for people to like bridge barriers.”

Haynes added, “At St. John’s we embrace this idea of being metropolitan, of being global, of being diverse, but how many times do we see that diversity mixing?”

Hancock said she is tired of being a statistic and will use this platform to be a voice for black students that are in need of one. She said she chose St. John’s because of its diverse student body, something the university prides itself on, but she has been disappointed by her experiences thus far.

The group’s first meeting will be on Feb. 1, the start of Black History Month, with a location and time to be decided.

Along with Hancock and Haynes, the current spring 2018 eboard as of Jan. 23 includes junior Kendall Clark as chief of staff, junior Rasheeda Campbell as secretary, sophomore Amber Borden as co-public relations chair and junior Kyanna Johnson as chair of volunteer engagement.

They are still looking to fill the positions of freshman, sophomore and junior representatives, treasurer and political action chair.

While the group is only a few weeks old, Hancock is optimistic about the future. “I’m one of the most unknown people on campus,” she said, “but I feel like we’re really doing something special.”