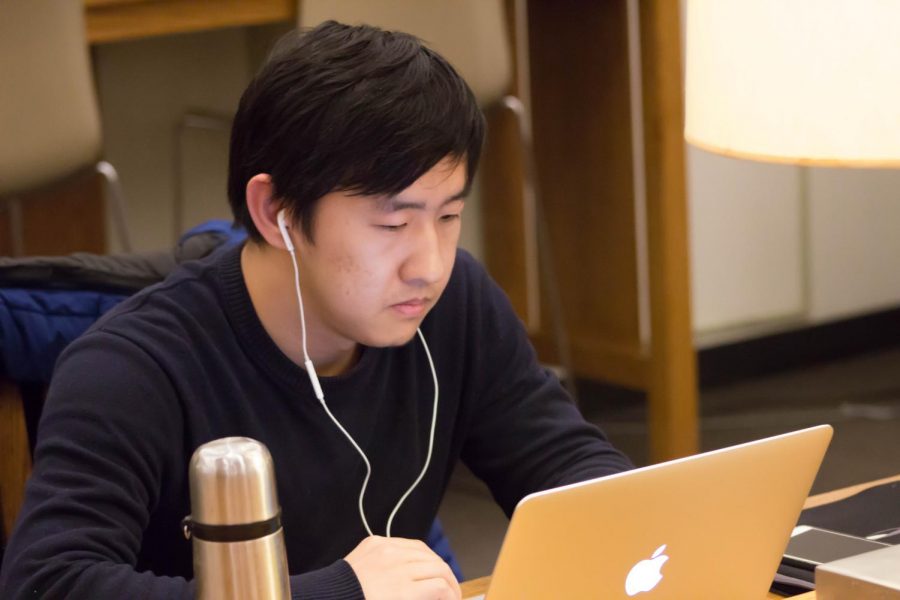 With a new system, counselors can access students immediately and determine when they should be seen.

The University’s Center for Counseling and Consultation has implemented a new screening system this semester aimed at getting students appointments in a more timely fashion—especially those in need of immediate care.

Tow Yau, the center’s director since July, said the new screening program came about “because I found that we could not serve our students in a timely manner.” He told the Torch in a recent interview that the new approach has already garnered positive responses.

Through the new system, students who call the counseling center will be briefly screened by a clinician to get a sense of the immediacy of their needs. This way counselors can assess students immediately and determine how soon they need to be seen.

He said students who call the center will be placed into three categories of differing symptoms.

On one end is category one, which Yau said is “more for general types of issues like adjustment, no kind of depression or anxiety disorder.” On the other end is category three, which he said “is for those who have active suicidal thoughts” and require immediate care.

Yau said screening students on the phone leads to a more efficient scheduling of appointments.

According to Luis Manzo, executive director of student wellness assessment, this triage system is common for university counseling centers.

“Although I credit Tow with adapting and modifying it for St. John’s, this is what many schools and universities have implemented in the past several years,” Manzo said. “They are finding that it’s the best way to see as many students as possible, and at the same time see those students who are in need immediately.”

All staff at the counseling center are licensed medical health professionals. Both Yau and Manzo stressed that the primary function of a university counseling center is as an on-call support service for students as opposed to a long-term, clinical care.

“What we see at the center is that the most frequent number of appointments is one,” Manzo said. “Most students are not coming in for long-term care, they’re looking to address a specific issue and how they can get through that. On average, [students receive] four to five sessions, and that’s consistent with national averages.”

Manzo added that follow-up appointments are typically kept to within the same semester.

Taylor Warner, a senior, said she went to the counseling center in the fall of 2016 and was satisfied with the care she received. She said a main draw for using the center’s services is the cost: free.

“My first appointment was good, I basically talked with one of the counselors about everything and all of the counselors would come together and see if one of them could see me,” Warner told the Torch. “I was told group therapy would be really good, but it was too late to sign up. I had about five one-on-one sessions that semester.”

Her only concern was that she said her treatment was limited to one semester. “I think they should allow students to have sessions for more than one semester,” Warner said.

Yau, who also supervises the Office of Disabilities, says that if the center is not equipped to help someone with issues that call for more complex treatment plans — such as addiction and disordered eating — staff will refer the student to a community provider.

“A counseling center is not only to service those students who are coming through the door, but all the student body and how we’re reaching out to and providing services to everyone,” Manzo said.

He cited a three-year grant given to the University in 2014 by the Substance Abuse and Mental Health Services Administration, an agency under the umbrella of the U.S. Department of Health and Human Services. “SAMHSA’s mission is to reduce the impact of substance abuse and mental illness on America’s communities,” according to its website.

“Our staff went through intensive training on a special protocol called dialectical behavior therapy, which is evidence-based and standard for the field for addressing a lot of mental health issues,” Manzo said. “We expanded our gatekeeper program adopted from Syracuse University called ‘Campus Connect.’ And this is where we go out to student groups, faculty and staff, and train them about the signs of suicide, and here’s what to do.”