DACA and Daring to Dream 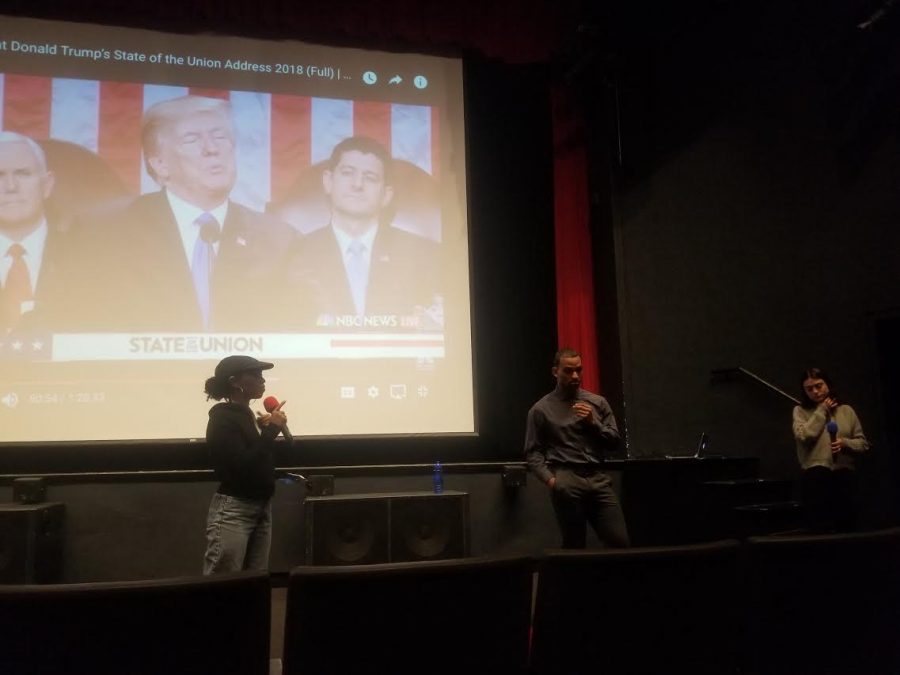 On the second day of Black History Month, Haraya and LASO gave an informational session on Feb. 2 on DACA, Deferred Action for Childhood Arrivals.

Students Darrell Bratcher and Melissa Lozano led the talk in the Little Theatre and they held a quiet, serious tone as the event moved through facts, statistics and Donald Trump’s State of the Union Address.

The meeting sought to correct misinformation spread by President Trump, his administration and its relationship with media outlets such as Fox, NBC and CNN.

In an interactive discussion with the audience, Bratcher and Lozano went through the motions of DACA’s history, eligibility, challenges and benefits.

DACA’s original intention was to provide a “grace period” for immigrant children to apply for U.S. citizenship, but it has since evolved, alongside the Dream Act, as a short term solution being used for long term application.

To qualify for DACA, a person must have immigrated to the U.S. at or prior to the age of 16, been a continuous resident of the U.S. since June 15, 2007, have a high school diploma or be enrolled in college and not have had any major offenses according to U.S. laws.

With approximately 11.7 million immigrants moving into the country, Bratcher and Lozano said that it is important to provide support for both legal and illegal immigrants because they make up as much as three percent of the total U.S. GDP.

The two speakers said that while Trump introduced a new merit-based system, it severely limits the pool of immigrants able to enter the country by having strict and vague requirements.

After watching a portion of President Trump’s address, many audience members sprang to life in opposition to Trump’s claims about immigration, such as his decision to reframe family reunification, where immigrants can sponsor immediate family members to come to the U.S.

Some students even went so far as to publicly reveal their immigrant statuses and relay their personal stories.

Junior and LASO Vice President Sieta Leon was perhaps one of the night’s most outspoken individuals, and eventually joined the two hosts at the front.

The event also sought to reset stereotypes such as DACA comprising solely of Mexicans, Latin Americans, Hispanics and South Americans, since there are also immigrants from Africa, Europe, Asia and Canada who fall under DACA.

“I really like this event, learning that DACA is not just that people from Mexico and Southern America,” freshman Angie Fashamu said. “There are multiple groups of people around the world that go under DACA.”