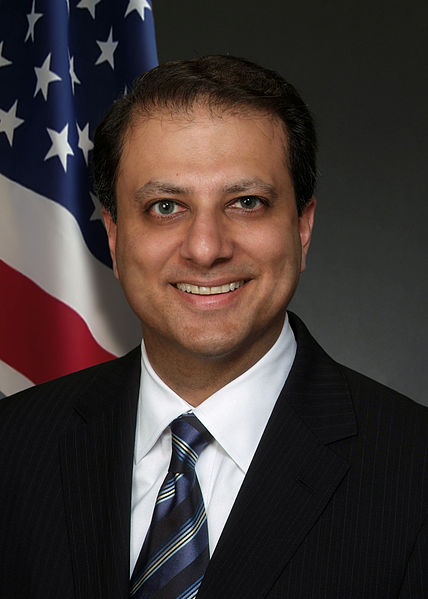 The University has announced that former United States Attorney for the Southern District of New York Preet Bharara will be the Law School’s commencement speaker at Carnesecca Arena on June 3. The University will also give him an honorary Doctor of Laws degree.

Dean Michael Simons said that Bharara “brings a unique perspective” thanks to his past as a federal prosecutor and as an accomplished prosecutor and a dedicated public servant.

“Born in India to a Sikh father and a Hindu mother and raised in New Jersey, he is also an inspiration to the immigrant community, as well as an outspoken advocate for a compassionate approach to issues that impact it,” Simons said.

“In all these respects, Preet is an outstanding professional who exemplifies values central to our Vincentian mission, and is most deserving of an honorary degree from St. John’s,” he added.

Bharara began as a litigator and moved on to his role as an assistant U.S. Attorney in the Southern District of New York. He then served on the U.S. Senate Judiciary Committee’s Subcommittee on Administrative Oversight and the Courts, and was then sworn in as U.S. Attorney from 2009 to 2017.

Some of his convictions include major terrorists including Times Square bomber Faisal Shahzad; son-in-law to Osama bin Laden, Sulamain Abu Ghayth; and London imam Abu Hamza, who was known to preach Islamic fundamentalism.

Since Bharara’s tenure ended in 2017, he has established the National Task Force on Rule of Law and Democracy along with former New Jersey Governor Christine Todd Whitman.

The task force describes itself as a nonpartisan initiative that “intends to issue a bipartisan reform agenda to relieve the pressures currently threatening our democratic institutions,” according to its official website.