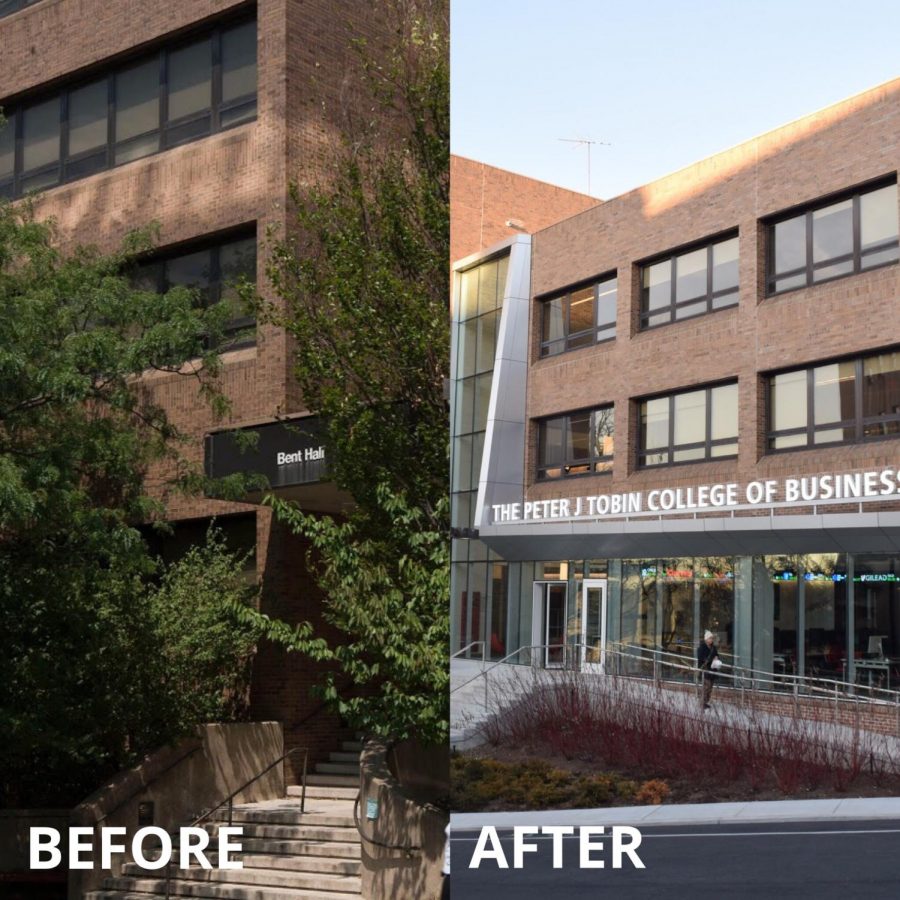 The attorney for alumnus Bruce R. Bent says an unsigned agreement drawn up by St. John’s proves that his client owns the naming rights to the campus building that bears his name, according to court papers.

A copy of the agreement, dated October 12, 2016, states in writing that Bent was granted the naming rights to Bent Hall “in perpetuity.” The agreement was included as evidence in a recent court filing. The attorney points to the document as proof that Bent is therefore owed restitution by the University. He also asks the court to grant Bent judgment based on the court filing.

Bent filed a $10 million lawsuit against St. John’s in January for removing signage from the front of the building that said “Bent Hall” after renovations last year. Bent’s attorney, John Dellaportas,  is now asking a judge to deny St. John’s recent motion to dismiss the lawsuit.

The most recent court filing shows that the University had been prepared to admit that Bent had been granted the naming rights as part of an agreement in which he would relinquish the naming rights to the building. In exchange, the University valued that as a gift worth about $1 million, and would present Bent with a receipt, which would allow him to write it off on his tax return. If it were not recognized as a gift by the Internal Revenue Service, the University would pay Bent the amount of the tax benefit he would have received from the IRS, or the present-day value of the donation, according to copies of the agreement that were submitted as evidence.

A spokesman for St. John’s, when asked for comment, says the University will respond to these allegations in court.

The documents, filed in April, are in response to a motion to dismiss filed by St. John’s in March. In court papers, Joseph Oliva, a vice-president for administration and general counsel for St. John’s acknowledged a donation made by Bent to the University in 1981, and that the building had been named for him in recognition of “his pledge.” He also claimed that an “exhaustive search” had been conducted for a document granting the naming rights to Bent.

“This was not a purchase of naming rights, but a tribute to Plaintiff, who was then described as a loyal alumnus and a talented member of the University’s Board of Trustees,” Oliva said.

In the suit, Bent alleges that the naming rights to the building were confirmed to him in writing, in perpetuity. But in a statement to the Torch, Bent’s lawyer confirmed that the agreement was oral — not written.

“The agreement was oral, not written, as Mr. Bent trusted St. John’s to be true to its word,” his lawyer John Dellaportas said in January.

The estimate on that value is $1 million, according to the documents submitted by Bent. His original donation was $500,000, and given to the University in 1981.

“Mr. Oliva has no direct knowledge of these matters, as he was not with the University at the time of the agreement and played no role therein,” Bent said in his most recent affidavit. “Indeed, judging from his LinkedIn profile, a true and correct copy of which is annexed hereto as Exhibit C, I estimate that Mr. Oliva was in middle school at the time of the agreement.”

He goes on to say that the agreement was a purchase of naming rights, agreed upon by Rev. Joseph T. Cahill, a former president of the University.

The University has said, since the lawsuit was filed, that the building continues to be named Bent Hall, and that the new signage on the front, which reads “Peter J. Tobin College of Business” simply falls in line with other buildings on campus, such as Sullivan Hall, which also reads “The School of Education.”

Signage that says “Bent Hall” is still affixed to the side of the building.