The night featured performances a chance to reflect 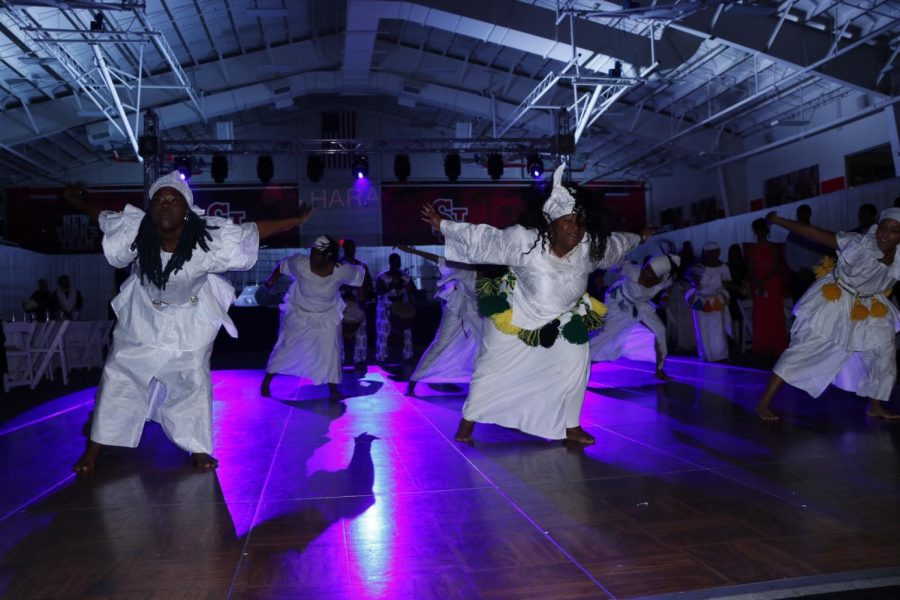 The first performance of the night featured upbeat dances and drum beats.

Dozens of attendees joined this year’s executive board to celebrate the group’s evolution since its founding in 1968 and to reflect on how far the group has come in the years since.

Christian Terrell Romeo, the 48th president of the organization, opened the night and welcomed guests. While speaking of the strides Haraya has made over the years, Romeo spoke of the Civil Rights Movement of the 1960s and the early years of the group.

“Here at St. John’s, black students were the target of violent assaults simply because they were black,” Romeo said. “As the story was told to us, the University’s public safety gathered a small number of black students in a classroom to protect them. From there, Haraya was born.

“We do not know what was said,” Romeo continued. “However, the individuals in that room believed in the equity and the equality for all and laid the foundation for the Haraya that we now see today.”

After a performance by Voices of Victory and original pieces of poetry by Raven Jackson and Phoenix Johnson, Dr. Corlisse Thomas, a former assistant dean of student development at St. John’s, introduced Dr. Andre McKenzie, the recipient of Haraya’s Lifetime Achievement Award. Thomas said she was inspired by McKenzie’s willingness to teach and his commitment to academics.

His inspiration led to her enrollment at Teachers College at Columbia University to obtain her doctorate in higher education.

McKenzie first came to St. John’s in 1986 and serves as the school’s vice provost for academic support services and faculty development, just a few of his many titles and accomplishments. Departments at St. John’s that McKenzie oversees include the honors program, writing center and student development for athletes.

“Having the opportunity to work with Haraya and its membership over my 32 years at St. John’s has been one of the most rewarding aspects of my working here,” McKenzie said. “I have witnessed its achievement, its challenges and its growth, not just in membership numbers but also in scope and focus in its activities and programming.”

Before the night began, alums who convened outside of Taffner spoke of their memories of Haraya from the early 1970s.

Harold Dow, a founding member of Haraya and a graduate of the class of 1973, said the group gave black students on campus somewhere to go.

Dow stood with classmate Clifton Stanley, both of whom recollected memories of St. John’s. Before the D’Angelo Center, Haraya held its meetings in Marillac Hall.

Dow said it started out as a small group to represent the 14 black students on campus before evolving into one of the campus’ largest student groups.

“When we came here, we were the low man on the totem pole,” Dow said. “It’s just amazing how St. John’s has turned it around…You get a nice education. In my case, we created a business out of it. For a lot of us, it started right here in 1971 when we gave our first event.”

Stanley went on to say that guests such as Muhammad Ali came to campus to speak. The University would not let Haraya promote his appearance, but he traveled from Cherry Hill, N.J. to talk, sign autographs and interact with black students.

Like Dow, Stanley thanks Haraya for setting him up for the years that followed and for its continued outreach, including inviting alumni and continuing the tradition of engaging minority students.

50 years later, Stanley says his life is for the better, all thanks to Haraya.

“With this organization, all my friends and all these St. John’s people throughout the years, I was able to become who I am now.