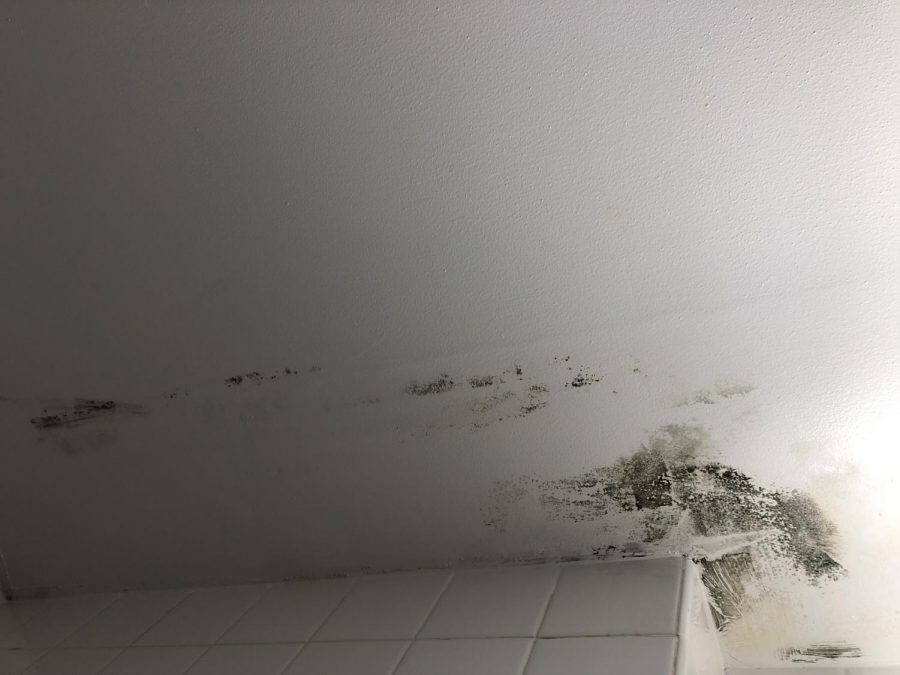 Colleen Greaney said the she does not anticipate more mold since summer is over.

Recent findings of suspected mold within residence halls on the St. John’s campus have caused some students to fall ill and, in at least one case, leave their dorm.

Colleen Greaney, Director of Environmental Health and Safety, attributed the students’ reports of mold to the recent stretch of humid weather, adding that she has never seen anything like this during her time here.

“I’ve been at St. John’s for over 17 years, and this is the first time I’ve encountered this issue,” she said in a statement to the Torch.

“New York City has experienced the most humid summer since 1970. The weather has been such a real factor, and an anomaly, that other colleges and universities in the region have also been affected.”

Greaney said “all the [air conditioners] in the Res. Village” last week received maintenance and tuneups, including a surface cleaning.

At St. John’s, freshmen Matthew Greiner and Gregory McNamara of Hollis Hall attribute recent respiratory symptoms to what they believe to be mold in the bathroom of their suite. Greiner said he was diagnosed with pneumonia last weekend and added that one of his suitemates, who did not speak with the Torch, “went home for a week and had a respiratory problem.”

Greiner and McNamara, who live with three others, said they noticed the mold on their bathroom ceiling a few weeks ago and attempted to remove it with their own cleaning supplies. Despite their attempt, the mold came back quickly.

“We noticed that there was some black stuff on the ceiling of our bathroom about three weeks ago, and at first we decided just to wipe it off,” Greiner said.

“It slowly started seeping, then we’d clean off the ceiling and it’d come back the next day,” McNamara added.

They realized the severity of the issue when a different colored fungus appeared on their ceiling, following their showers.

“There’s like oil droplets on the ceiling that form when we were taking hot showers in the morning,” McNamara said. “They’d drip down onto the floor – it’s gross.”

Besides the mold that stretches almost four feet across the ceiling, they say black spots are also visible within the ventilation unit in their bathroom.

“It looks like, where the air-conditioning vent is, if you can look past the slots, it kinda looks like there is mold in there. Like in the AC vents, so the air that’s coming in has mold in it, and we are breathing in that air,” Greiner said.

They said Resident Assistants confirmed the presence of mold a few days after they reported it during a routine room-check. Greiner and his suitemates were told that Facilities Services would be addressing the issue, but they said no one has checked their dorm as of Tuesday.

“The RAs came in and looked at our rooms and said, ‘Yeah, you guys have mold, we’re going to send someone down,’” Greiner said. “No one has come to our room by the way.”

Four students who live in Century Hall also spoke with ABC7 about mold issues in their dorm, and complained about the slow response time after reporting it to the University.

When asked about the delay in dealing with specific reports of mold, Greaney said, “We are looking at the reporting process that took place in this situation in order to correct any breakdown in communication that occurred.

“We make it a priority to ensure a clear and easy reporting process for the University community, and we continually strive to improve upon it wherever necessary.”

Hollis was not the only residential building where mold has been discovered. One student said she recently noticed mold on the ceiling of a fourth floor hallway in Century, adding that it was gone the next day.

As the humidity dissipates, Greaney anticipates the potential for more mold growth will.

But she said there are actions residents can take in order to prevent further occurrences.

“During a several-day stretch of high heat and humidity, it is advisable for students to keep their windows closed, so as to prevent outdoor humidity from entering their rooms,” Greaney said. “At the same time, it’s advisable to run the room A/C units, as air-conditioning naturally lowers indoor humidity levels.”